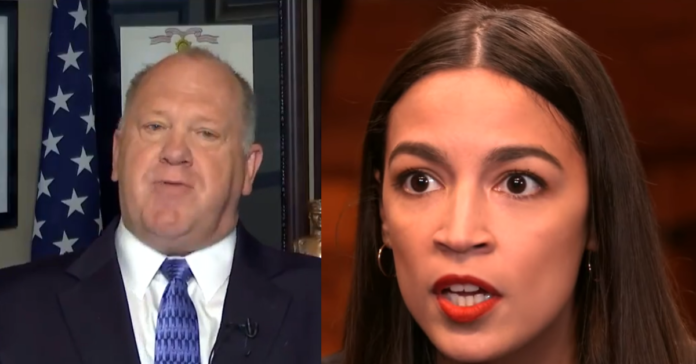 Former acting ICE director Tom Homan dropped the hammer on the Department of Homeland Security Wednesday for botching the migrant surge at the border before saying Rep. Alexandria Ocasio-Cortez and others are consistently “wrong” on the border.

Homan said: “AOC is the least smart congresswoman in the history of Congress. Every time she opens her mouth on immigration, she’s wrong. But here are the facts of the case.”

“More children crossed under this administration than any time in the history of the United States Border Patrol.

“And at the same time, last month, ICE had the lowest number of arrests and removals in the history of the agency, less than 3,000.

“When I was third in command at ICE, I had to enforce removal operations, we averaged 30,000 a month.

“And they’re down to 3,000 record entries, lowest on record removals. It just doesn’t make sense. This is incompetence at the highest level,” he said.