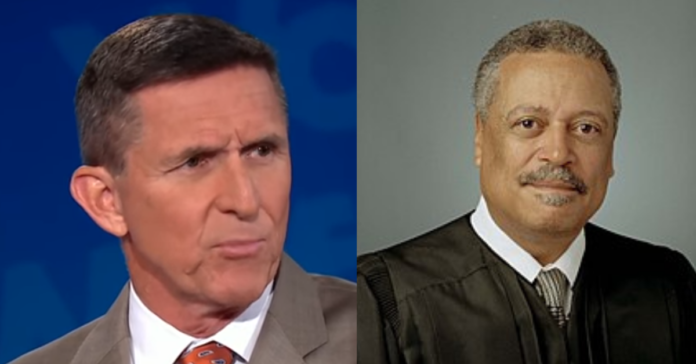 The orders were first reported by Courthouse News reporter Megan Mineiro who posted a copy of the docket. She wrote:

“Judge Sullivan on #Flynn’s case just granted a lineup of requests to file friend-of-the-court briefs in the wake of Trump granting a pardon to the former national security adviser.”

This came as the Justice Department told the court in papers filed in late November:

A federal judge appeared to give a long list of outside groups who previously weighed in on the Justice Department’s motion to drop the case against retired Lt. Gen. Michael Flynn permission to submit briefs again after President Trump issued a pardon.

The schedule indicates the judge, Emmet Sullivan, may stall on dismissing the case even after President Trump granted his former national security adviser a full pardon late last month. Appearing to ignore the Justice Department’s request for the case “immediately” to be dismissed, the judge, who has been involved in the Flynn case since December 2017, instead seemed to move forward with further debate, with the district court docket on Monday showing more than a dozen groups who had previously filed amicus briefs related to the dismissal might now be able to weigh in in the wake of the pardon.

More than a dozen such friend-of-the-court judicial orders from Sullivan were dated for Monday.

Judge Sullivan on #Flynn's case just granted a lineup of requests to file friend-of-the-court briefs in the wake of Trump granting a pardon to the former national security adviser. pic.twitter.com/16BipvH8ZZ

A group of Watergate prosecutors and Dems on the House Judiciary Committee are among the parties granted leave to file amicus briefs.