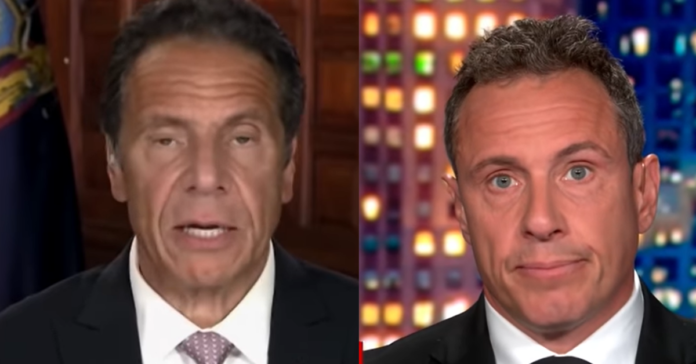 Federal investigators are turning up the heat on embattled New York Governor Andrew Cuomo. They have broadened his criminal probe and are now looking at whether his family and close friends got priority access to Covid-19 testing from New York state officials.

The review of the testing means the feds are expanding the probe that, according to the U.S. attorney’s office for the Eastern District of New York, started in February to investigate Cuomo’s disastrous handling of the pandemic especially nursing homes.

Prosecutors have started scheduling interviews with people in Cuomo’s office who worked on the testing program in a bad sign for Cuomo. Remember, he is under investigation for being creepy to his female staffers too so they may not be doing him any favors.

The Wall Street Journal reported earlier, ‘Covid-19 specimens taken from state officials and other people close to the governor—including his brother, Chris Cuomo, a CNN anchor—were given priority processing at a state laboratory. The testing was done in March and April of 2020 when testing resources were scarce.”

“Federal prosecutors have been looking into whether Gov. Andrew M. Cuomo’s administration granted special access to rapid coronavirus test results for the governor’s family and other influential people, according to two people with knowledge of the discussions …

Those who received special access to testing and fast results during that period also included Giorgio DeRosa, a top Albany lobbyist and the father of the governor’s most senior aide, Melissa DeRosa, according to two people with knowledge of the tests who spoke to The New York Times.

The governor’s office has not disputed that the governor’s family and others received priority access to testing in the pandemic’s early weeks.

But the special treatment for Mr. Cuomo’s family has lasted far longer than previously known, through at least last month, The Times found.

On April 3, the day before Easter, one of Mr. Cuomo’s daughters, Mariah Kennedy Cuomo, and her boyfriend, Tellef Lundevall, were tested at a state-run site in Albany, N.Y., and the samples were labeled a priority — ‘specials,’ as they were known inside the Health Department — before being rushed for processing at the state’s Wadsworth Center laboratory nearby.”

NEW: CNN anchor Chris Cuomo took part in a series of strategy calls with his brother and his brother's staff on how the governor should respond to misconduct allegations. Network says he shouldn't have participated and won't going forward. w/@sarahellison: https://t.co/knktC4eOpX