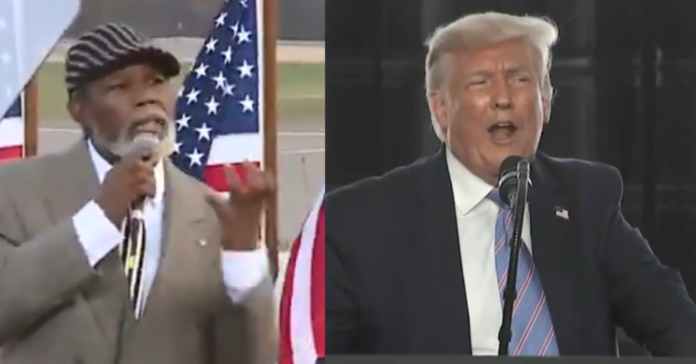 “Right now, the narrative has been spent—President Trump is full of hate,” Davis added.

“Let me tell you something, the Democrats are full of hate.”

“This year I decided to go with President Trump. I’m not a bootlicker, I’m not an Uncle Tom.

“I’m none of those things, I’m somebody that’s in a poor, impoverished community.

“When Mr. Trump say ‘what the hell you got to lose’ he was talking to me,” the councilman said.

“He was not talking to my seat.

“Only thing Maurice D. Davis got to lose is a council seat at $700 every two weeks.” Davis is vice president of the city council.

“But this is what I got to gain– instead of being divided state of America it’s time to be the United States of America,” he said.

Flint City Councilman Maurice Davis says he’s been a Democrat all his life but this year he’s decided to go with President Trump, and the crowd cheered at Flint Bishop Airport ahead of VP Pence visit @midmichigannow pic.twitter.com/JOfUtqkYKi