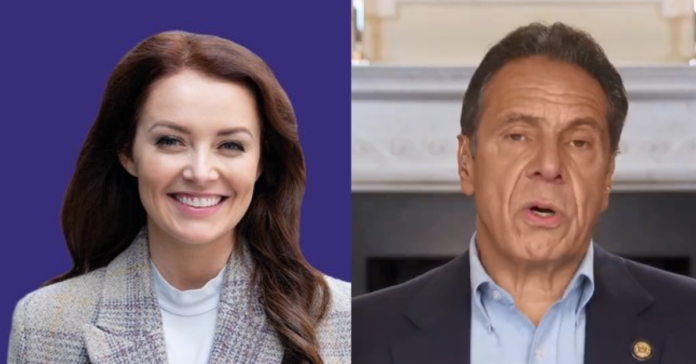 Lindsey Boylan worked for New York Governor Andrew Cuomo’s administration from 2015 to 2018 and she is coming clean and sinking his future political career in the process.

She is leaking and leaking big time and there will be nowhere for this “total asshole surrounded by enablers” to hide.

She said, “I’ve had many jobs. Waitressing at Friendly’s as a teenager was an infinitely more respectful environment. Even when I had bad customers who tipped poorly.”

“If people weren’t deathly afraid of him, they’d be saying the same thing and you’d already know the stories.”

“And I’m a privileged person. I could opt out and eventually did. I shudder to think what happens to others. It pisses me off so much. Yes I did not sign whatever they told me to sign when I left. Nope!”

“Seriously, the messages and texts I receive when I speak the truth about this…it’s a whole book of people who have been harmed.”

“Don’t be surprised that it’s the same small group of white people sitting alongside him at every presser. The same group that he has had by him the whole time, doing his dirty work. If you’re not one of those handful, your life working for him is endlessly dispiriting.”

“I tried to quit three times before it stuck. I’ve worked hard my whole life. Hustled – fake it till you make it style.”

“That environment is beyond toxic. I’m still unwrapping it years later in therapy.”

“He is a total asshole surrounded by enablers.”

He is a total asshole surrounded by enablers.