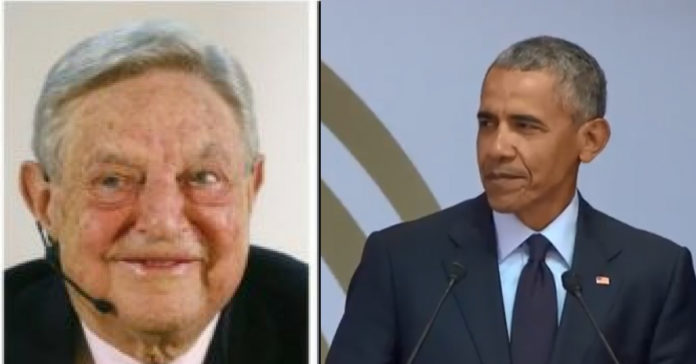 George Soros just did the unthinkable and laid waste to the Obama myth in the process.

Soros, the ultra-liberal funder famous for breaking the bank of England when he bet against the British pound, just broke with the Democrats and humiliated Obama in the process.

New York billionaire George Soros said former President Barack Obama was his “greatest disappointment,” during a wide-ranging interview with the New York Times published on Tuesday, while also appearing to distance himself from partisan politics.

The wealthy liberal donor, who was an early supporter of Obama’s 2008 presidential run, told The Times that Obama was “actually my greatest disappointment,” before he was reportedly prompted by an aide to clarify that he was dissatisfied on a “professional level,” rather than with his presidency.

At another part of the interview, he told the paper that Obama “closed the door” on him after he secured the presidency.

“He made one phone call thanking me for my support, which was meant to last for five minutes, and I engaged him, and he had to spend another three minutes with me, so I dragged it out to eight minutes,” he said.

Soros told the paper the he had hoped to have been consulted on economic and financial issues, and that Obama was known to “take his supporters for granted and to woo his opponents.”

Soros, who also poured millions of dollars into Hillary Clinton’s 2016 presidential run, wouldn’t say if he would back Sen. Bernie Sanders, I-Vt., in the upcoming presidential election, but said when it comes to politics, “I don’t particularly want to be a Democrat.”

Soros expressed displeasure with Sen. Kirsten Gillibrand, D-N.Y., for her use of the #MeToo movement that led to the removal of Al Franken from Congress.

“She was using #MeToo to promote herself,” he told the paper.

Wow. The truth finally comes out – Obama was a dud, Gillibrand is a total fraud and even George Soros admits it.

Hell must be freezing over.