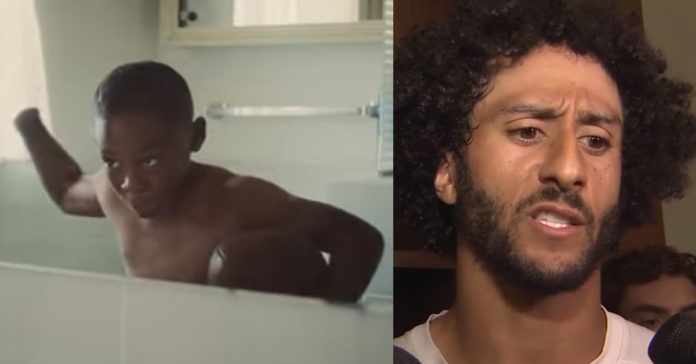 The NIKE Kapernick ad went around the country for all the wrong reasons. Cashing in on his publicity was a new low for NIKE.

That said, uplifting positive messages of sacrifice and overcoming obstacles always do well in America because we love the underdog.

As reported by Conservative Tribune: So again, what exactly is Kaepernick sacrificing other than some time to shoot those Nike ads? The clear answer seems to be “not much.”

But while Nike was drawing massive attention for its Kaepernick ad, another major company released an ad talking about the adversity another NFL player really has overcome, and sends a much more positive message than disrespecting law enforcement.

Gillette, which makes shaving blades, released an ad touting the amazing story of one-handed Seattle Seahawks linebacker Shaquem Griffin. The ad shows a one-handed Griffin — who got a mention in the Kaepernick ad that lasted barely three seconds — growing up and trying to keep pace with his older brother Shaquill (who also plays for the Seahawks.)

“Your best never comes easy,” the ad reads. The ad shows Shaquem never making an excuses or whining about the disadvantage of playing without a hand. Gillette also released a follow-up video showcasing the family affair that Shaquem’s career turned out to be.

NIKE Joins War Against Police In Most Ironic Way

After Choosing Kaepernick Over Flag, Nike Gets Devastating News From Middle America