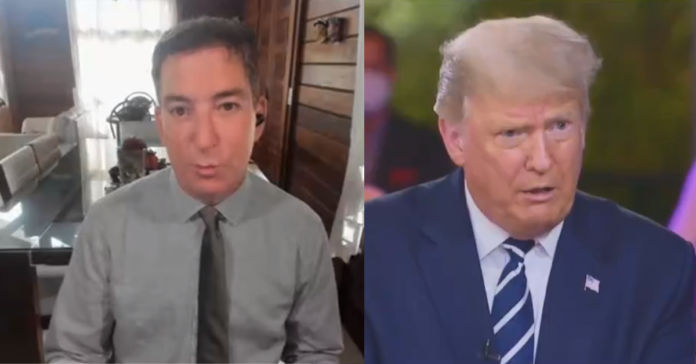 Legendary reporter Glenn Greenwald, who up until a few days ago was a hero to many on the left, had to resign from the media company he founded over censorship claims.

His own media outlet wouldn’t let him publish about Hunter Biden so he resigned with a warning – the left is now in bed with the CIA to take down Trump.

Glenn broke the Ed Snowden story and major others that exposed the national security state so his words hold special weight with independent thinkers.

The journalist, part of a team that won a Pulitzer for reports about government surveillance programs based on leaks by Edward Snowden, told the Fox News host that the left’s ‘healthy skepticism of the CIA’ has ‘all disappeared’.

Greenwald, who announced his resignation from the The Intercept Thursday, added: ‘The reason it’s disappeared is because the CIA from the very first days of the Trump administration, even before he was inaugurated, devoted themselves to sabotaging the inauguration because Donald Trump questioned a few of their pieties and that can’t be done in Washington.

‘So the CIA and the deep state operative became heroes of the liberal left, the people who support the democratic party.

They are now in a full union with the neocons and the Bush Cheney operatives, the CIA, silicon valley and Wall Street.

‘That is the union of power, along with along with mainstream media outlets, that are fully behind the democratic party which is likely to at least take over one branch of government, if not all of them, in the coming election and that’s a very alarming proposition because they are authoritarian, they believe in censorship and suppression of information that exposes them in any kind of a critical light.’

Greenwald then suggested members of the CIA, DoJ, FBI and NSA now ‘tell Americans what they ought to believe’.

He added: ‘They have infiltrated the means of communication domestically. If they do it through leaks, clandestine operations and through lies.’

Greenwald had earlier resigned from The Intercept, which he co-founded penning a scathing essay published to Substack, in which he blasted a culture of ‘repression, censorship and ideological homogeneity’ at the website and in the mainstream media at large.

He told Carlson had founded the website after ‘seeing there were a lot of constraints imposed on journalism and our ability to report freely against all kinds of institutions’.

Describing the ‘final, precipitating cause’ of his departure, Greenwald wrote: ‘The Intercept’s editors, in violation of my contractual right of editorial freedom, censored an article I wrote this week, refusing to publish it unless I remove all sections critical of Democratic presidential candidate Joe Biden, the candidate vehemently supported by all New-York-based Intercept editors involved in this effort at suppression.’

‘The censored article, based on recently revealed emails and witness testimony, raised critical questions about Biden’s conduct,’ he continued, adding that he will publish the article in full on his Substack soon.