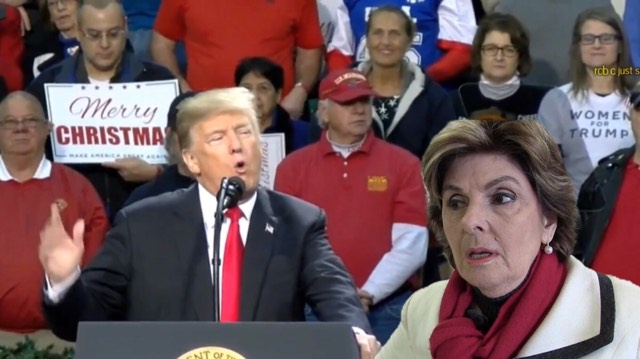 Gloria Allred never met a microphone she didn’t like and in that way she is worse than even Michael Avenatti.

They both use Trump for publicity and it backfires every time.

Allred’s comments during an acceptance speech at the National Organization for Women’s awards ceremony came after Trump attacked Sen. Elizabeth Warren (D-Mass.) during a campaign rally this week.

“Mr. Trump, #MeToo is alive and well. Keep your hands off Elizabeth Warren and every mother and her daughter,” Allred said, according to The Hollywood Reporter.

Allred also attacked the president over charges from Democrats that his forthcoming Supreme Court nominee would likely be in favor of overturning Roe v. Wade, the landmark case legalizing abortion across the country.

“It is very personal to me because … I was one of the millions of women who was forced to have an unsafe abortion,” Allred said, adding that she “almost bled to death in a bathtub and had to be taken to the hospital.”

“We’re going to have to fight for our rights, plantation by plantation. State by state. And who’s going to be the most vulnerable? It’s women,” she said.

Nice huh? If that filth is the best the left has Trump can expect a cakewalk in 2020.

The left has gone crazy and Gloria, a true loser if ever there was…

She and the daughter she didn’t abort, Harvey Weinstein’s attorney Lisa Bloom, should be ashamed of themselves.