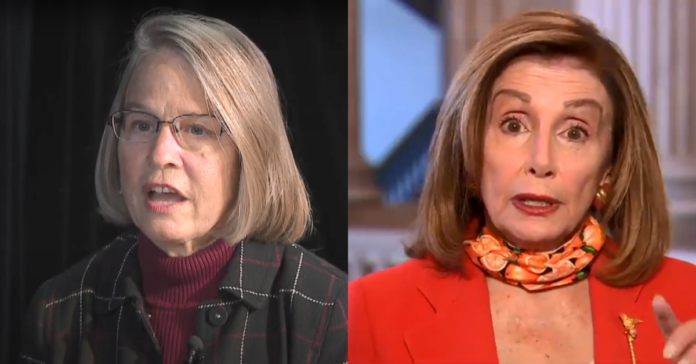 GOP congressional candidate Mariannette Miller-Meeks just dealt a big blow to Nancy Pelosi by cutting her already impossible to manage slim majority in the House by declaring victory after a recount put her ahead of Democrat Tina Hart by six votes.

“While the race is extraordinarily close, I am proud to have won this contest and look forward to being certified as the winner by the state’s Executive Council on Monday,” Miller-Meeks said. “It is the honor of a lifetime to be elected to serve the people of eastern and southern Iowa.”

“Congratulations to my friend, and the first woman to represent Iowa’s 2nd District. Looking forward to serving alongside you in Congress representing our Great State of Iowa,” Sen. Joni Ernst, R-Iowa, wrote.

And more bad news for Nancy Pelosi who will be effectively hamstrung by a small majority and a fractured caucus from trying to push through any radical program.

The Clinton County tally concluded a recount in the 24-county southeast Iowa district, which extends from Jasper and Marion counties in the Des Moines metro to Davenport, and includes Iowa City and Burlington. The vote will go to a state canvassing board Monday to be certified, which would make Miller-Meeks the official winner.

In a statement, Hart’s campaign manager, Zach Meunier, did not say whether the campaign will file a legal challenge in the race, the closest House election in the nation. That would trigger a review by a judicial panel and cast continued uncertainty over the outcome.

Congratulations to my friend, and the first woman to represent Iowa’s 2nd District, @millermeeks! Looking forward to serving alongside you in Congress representing our Great State of Iowa.