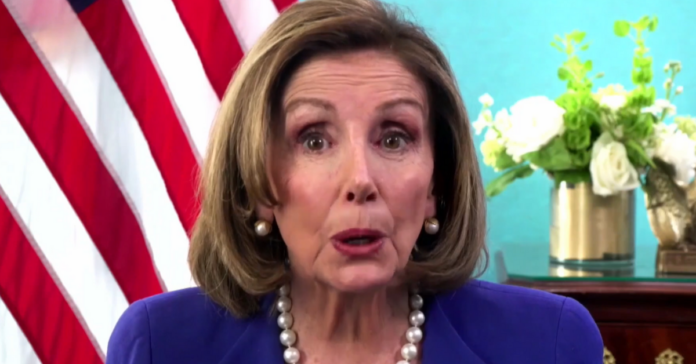 House conservatives just stepped up and torpedoed two bills that House Speaker Nancy Pelosi wanted to fast-track through the U.S. Congress winning a victory the chairman of the House Freedom Caucus called “stunning.”

“That’s stunning,” Rep. Andy Biggs (R-AZ), the House Freedom Caucus chairman, said before adding: “What the deal is on these suspension bills, they have to get two thirds to get them across the line. The significance of taking down the suspension votes is that the Democrats are trying to change all the rules and traditions of the House and force all of their agenda even if it’s not radical.

“But the radical parts and the non-radical parts — they’re trying to force it down our throats. Our position has always been that that is — it is that we have to fight on every issue.

“That’s why we ask for roll call votes on the suspension votes because we want transparency for the American public number one, and number two we want everybody to be recorded on how you vote, and number three we want to put the speed stick down. That’s what that’s been all about.

“The underlying thing here is the Democrats do not believe the Republicans are unified enough to take them down and block them. So far, they’ve been right. I can’t tell you how critical this is in my opinion but by taking those down this is a leverage point to try to restore the balance.

“Right now they’re abusing us and not doing anything through regular order. For instance, they added a bill at the last minute this morning to try to put up. So the reality is that’s what we’re facing.

“If you don’t fast track it, you slow it down. The other thing is if you start taking some of these down, It gives you leverage points so the Democrats come back to us and say ‘alright, let’s make a deal.’

“Maybe, if rationality were to win out, maybe they would come back and say ‘how do we make this thing work?’

“In the Freedom Caucus, we’ve been doing this for months. Some of our own colleagues were ticked at us for doing it and said it was gimmicky.

“I kept trying to sell it like, so they would understand, that we get leverage points back and we slow it down and we’re fighting. It’s what our base wants us to do. All of those things are important.

“That it worked is good. Now we need to make it work on a regular basis and if we do that things are going to change up.”

“The failure of these bills shows that the Freedom Caucus strategy to fight the Democratic majority using all the procedure at their disposal is working.

“Combined with members willing to fight for principle, it worked to knock down two Democratic bills last night. One of the bills, which would have facilitated access to abortion drugs, I have been fighting since there were bipartisan efforts to move it through the VA committee.

“It was good to see the efforts of so many come together and hand the Left a defeat even in the minority.”