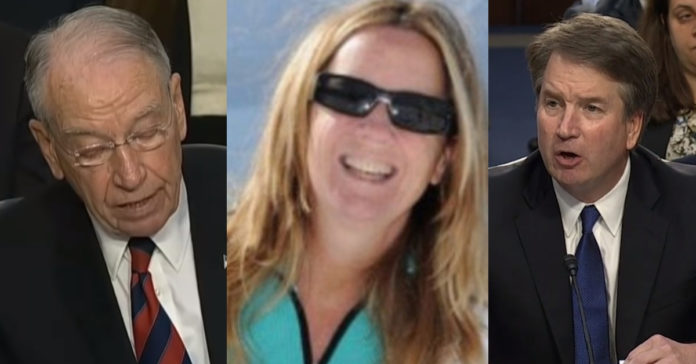 This Arizona prosecutor will question both Kavanaugh and Ford to protect everyone while the Democrats side will devolve into a circus to be sure.

As reported by The Hill: Republicans are reportedly leaning toward selecting an Arizona sex crimes prosecutor to question the woman testifying at a hearing Thursday on her allegations of sexual assault against Supreme Court nominee Brett Kavanaugh.

The Washington Post, citing two people familiar with the decision, reported Tuesday that Rachel Mitchell, the sex crimes bureau chief for the Maricopa County Attorney’s office in Phoenix, is the likely choice for the hearing.

Republicans have weighed selecting an outside counsel to question Christine Blasey Ford, who has accused Kavanaugh of pinning her to a bed and trying to remove her clothes during a high school party in 1982 when both were teenagers.

Kavanaugh has flatly denied the allegations.

Republicans on the Senate Judiciary Committee have not disclosed Mitchell’s name and spokespeople did not immediately return The Hill’s request for comment.

“We have hired a female assistant to go on staff and to ask these questions in a respectful and professional way,” he said.

All 11 Republicans on the Judiciary Committee are men, and the GOP has sought to avoid having male Republican senators ask tough questions of Ford.