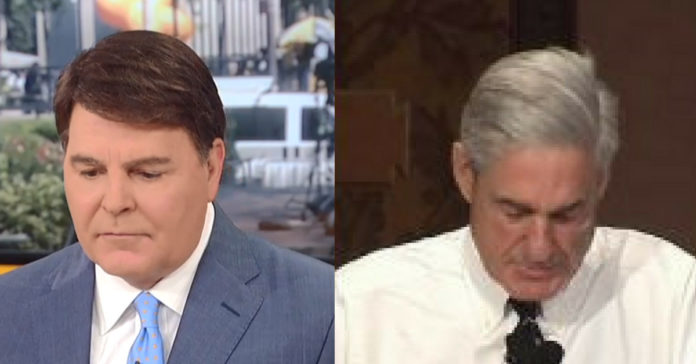 Gregg Jarret just dropped a bombshell on Fox and Friends today. Look, this whole Mueller thing is confusing as all get out but there are too many unanswered questions for comfort.

Greg is determined to get to the truth and it looks like he is well on his way.

As reported by Fox News: Jarrett, the bestselling author of “The Russia Hoax,” said on “Outnumbered” Wednesday that he’s not sure Mueller “has the appetite” for a legal battle in the federal courts.

He said Mueller is a smart man and he realizes that in the end, in front of the Supreme Court, he would likely lose, which would only further diminish his “increasingly diminishing credibility.”

“Mueller’s the guy who sabotaged his own investigation,” Jarrett said. “First, by refusing to recuse himself in the face of mandatory disqualifying conflicts of interest. And then, [by] assembling a team of partisans.”

He said that’s why so many Americans are questioning Mueller’s ability to conduct a fair, impartial probe.

“If we want the truth and the whole truth and nothing but that out of this investigation that we’ve spent months on and a lot of money on, there are many questions only Donald Trump himself can answer,” Harf argued.

Jarrett questioned what legal basis Mueller has to question the president.

.@GreggJarrett: “You can’t question a president’s constitutional authority in firing somebody like James Comey.” pic.twitter.com/7oB5Xt3s9R