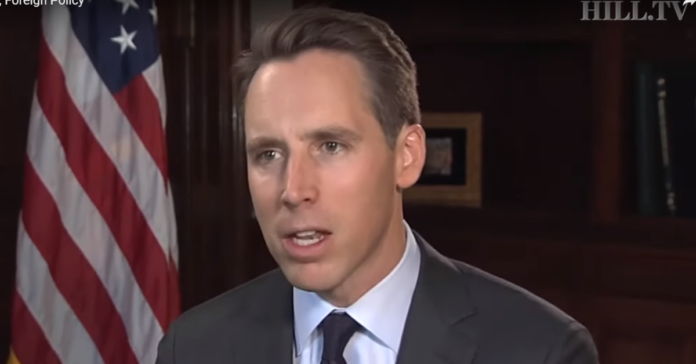 The company’s political action committee, HALLPAC, wants $7,000 and $5,000 in donations made to the two senators during the last election cycle.

“Hallmark believes the peaceful transition of power is part of the bedrock of our democratic system, and we abhor violence of any kind,” Hallmark spokeswoman JiaoJiao Shen said.

“The recent actions of Senators Josh Hawley and Roger Marshall do not reflect our company’s values. As a result, HALLPAC requested Sens. Hawley and Marshall to return all HALLPAC campaign contributions.”

Both senators voted to sustain objections against the certification of the Electoral College results in Arizona and Pennsylvania following Wednesday’s riot, which resulted in five deaths and left lawmakers in both parties hiding in secure areas for hours in fear for their safety.

Allies of President Trump, including the two senators, have supported conspiracy theories about the results of statewide presidential election results in several states lost by Trump to President-elect Biden in the November elections;

Those claims resulted in last Wednesday’s violence at the Capitol during which supporters of the president demanded that other lawmakers support the objections to the certification.