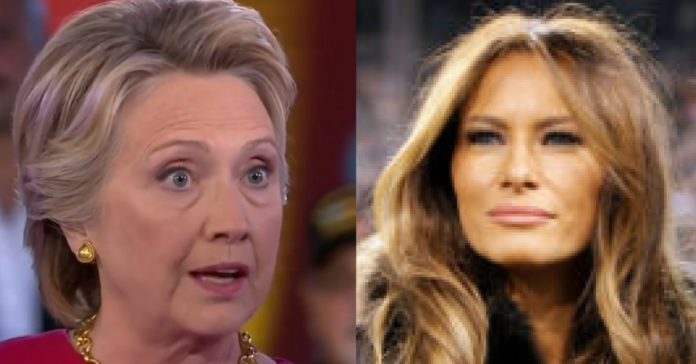 Hillary Clinton was by far the single worst candidate in the history of America and she still hasn’t gotten over her loss.

Why did she even run with that lousy track record? It was all so predictable.

So was what happened to her after she tried to take on Melania Trump over the border issue.

Hillary Clinton jabbed at First Melania Trump and blasted President Donald Trump over his enforcement of longstanding federal immigration laws, which Democrats like the former senator helped pass many years ago.

Clinton expressed faux outrage when asked about the jacket Melania wore to troll the media with bearing the logo “I really don’t care” hours after she visited illegal-alien children at a Texas shelter.

The mainstream media tried to impute a sinister motive to Melania’s $39 jacket. They relentlessly pushed the false narrative that Mrs. Trump was saying she doesn’t care about the illegal-immigrant children even though her actions (i.e., her visit) showed otherwise.

“But her jacket…” the anti-Trump media collectively bleated.