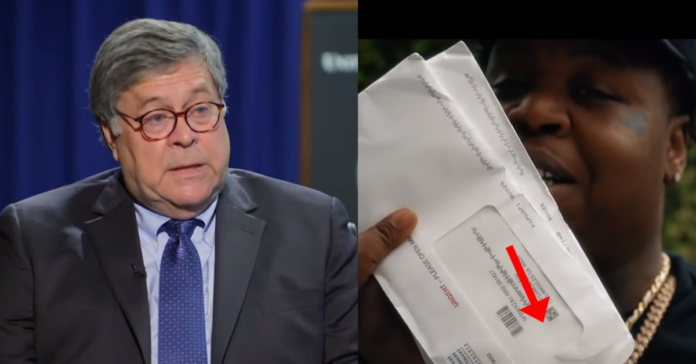 A rapper who bragged in a YouTube music video about getting rich from running an unemployment scam has been arrested and charged with fraud by the Department of Justice.

Fontrell Antonio Baines, 31, of Memphis, Tenn., is a rapper known as Nuke Bizzle. Federal officials say he currently lives in the Hollywood Hills with his ill-gotten gains.

Baines was arrested Sept. 23 by Las Vegas police who found eight EDD debit cards on him, seven of which were in the names of other people.

According to the report, he allegedly applied for more than $1.2 million in jobless benefits and possessed and used 92 debit cards issued by the California Employment Development Department (EDD) in the names of other people.

The rapper and his co-schemers allegedly accessed more than $704,000 of those benefits through cash withdrawals, including in Las Vegas, as well as purchases of merchandise and services.

Baines bragged about his ability to defraud the EDD in a music video featuring Fat Wizza posted on YouTube on Sept. 11.

In the video, he boasts about doing “my swagger for EDD.” He holds up envelopes from the agency and says he’s getting rich by “go[ing] to the bank with a stack of these.”

“You gotta sell cocaine, I just file a claim,” a second rapper says.

Baines was arrested by Las Vegas police on Sept. 23 and was in possession of eight debit cards, seven of which were in the names of other people, according to the statement.