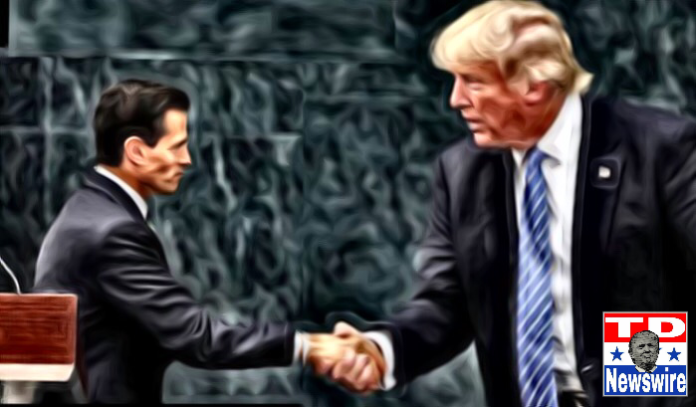 Wednesday will be remembered as milestone in the Donald Trump presidential campaign. Not only did he swoop a sleeping Crooked Hillary Clinton by accepting the Mexican president’s invitation but he went to Mexico, conquered, and still made it to Phoenix on time to deliver his much anticipated speech on immigration policy. He all but manhandled Mexican president Nieto. 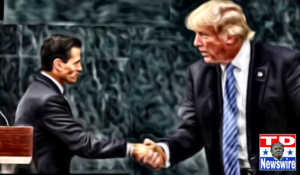 I pity the fool that gets up on the debate stage with the high energy, presidential whirlwind of magnetism.  It won’t be pretty.   Actually I don’t really pity the fool because she’s and despicable Sociopath  criminal of the first degree but I would pity anyone else….almost.

Hillary didn’t have the energy to get out of bed much less head down to Mexico but while she was getting her 14 hours (of sleep) in, President Trump (get used to it folks) met with the Mexican president and laid out a 5 point plan for improving Mexican American relations and decreasing illegal immigration and drug traffic.  President Nieto was standing right there when Trump said it so he must concur right? 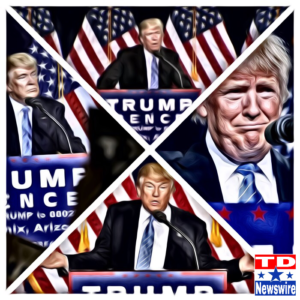 Who would have ever thought this man would have had the kahunas to accept this invitation from Mexico.  I’m sure it was just a formality and that Mexico NEVER thought for a minute he would accept.   Yet he did.  He went in.  He kicked ass.  He took names.  And he did it all in a very “presidential” way.

Donald Trump has no fear because he has nothing to fear (hide)!

Yes it was a HUGE day for Donald Trump.  Or as the Trumpsters say “YUGE”!!