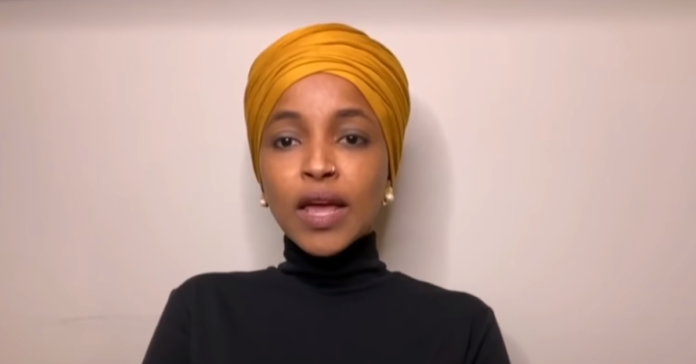 Ilhan Omar went to Washington like many before her – like Paul Ryan for instance – with new ideas and professed values that were inviolate.

Paul Ryan like many idealistic politicians quickly joined the swamp and cashed in big time when he left office.

Omar has perfected another longtime swamp practice of cashing in while in office. It is all perfectly legal and you can find examples on both sides but that doesn’t make it right.

According to new financial disclosures, Omar’s campaign has sent 70% of its cash to her husband’s firm. That is her new husband because she kicked the old one to the curb after entering Congress.

From The Free Beacon:

Rep. Ilhan Omar (D., Minn.) funneled an additional $1.1 million to her husband’s company, bringing her total payments to the firm to $2.7 million for the election cycle, new filings show.

The payments account for nearly 70 percent of the $1.6 million Omar’s campaign has disbursed between July 23 and the end of September. They have helped cover advertisements, consulting, travel expenses, and production costs.

Omar has faced criticism on a number of issues since she entered Congress in 2018. Among other things, her lack of transparency about her past marriages has come under fire, and the Minnesota Campaign Finance Board has ordered her to repay thousands for a campaign finance violation.

She now faces a complaint for potentially running afoul of House ethics rules in relation to an advance she received for her memoir.

The freshman “Squad” member has showered her husband’s company with cash this cycle. The E Street Group is the highest paid vendor from the campaign, and Omar had already sent $1.6 million to the group.

With the $1.1. million in new payments, the firm has now received a total of $2.7 million from Omar’s campaign for the 2020 elections.