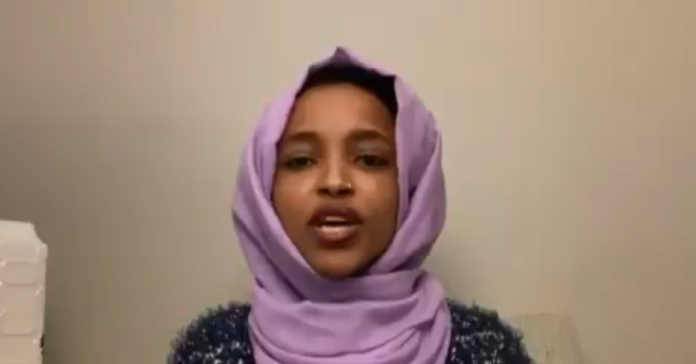 Ilhan Omar said in a Nov. email 15 that she was cutting ties with her husband’s political consulting firm after her campaign gave it millions.

It was a legal arrangement but very swampy and now comes word that even after receiving millions from just one client, her husband’s firm also took part in the government’s bailout.

Campaign finance filings also show that the firm raked in millions during the 2020 campaign from Omar. The payments included $110,000 for digital advertising split in three payouts: $5,000 for digital consulting, $12,000 for fundraising consulting, and more than $11,000 for digital and literature production between late October and the day after the general election.

The bailout loans are intended to provide relief to small businesses that have been economically hard-hit by coronavirus lockdowns. E Street Group’s LinkedIn profiile states that it has between 11 and 50 employees.

Federal Election Commission filings also show that the firm received payments for other campaigns, including $175,000 from the committee of Rep. Pramila Jayapal, D-Wash., and nearly $130,000 from the Minnesota Democratic-Farmer-Labor Party.

Omar pledged in mid-November that she was cutting ties with her husband’s firm and the payments were made before that. Before their marriage in March, Mynett’s firm was already doing work for Omar’s campaign.