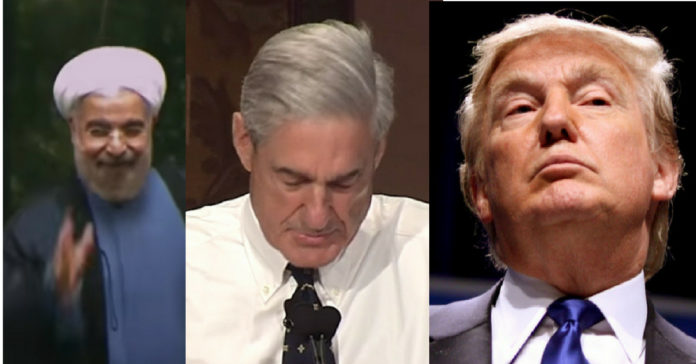 Look, Trump just did the impossible and when he gets home today he will have to deal with the charade that is called the witch hunt.

It must end and Iran, of all people, just showed the left exactly why their witch hunt is so bad for America.

“We don’t know what type of person the North Korean leader is negotiating with. It is not clear that he would not cancel the agreement before returning home,” Iranian government spokesman Mohammad Bagher Nobakht was quoted as saying by IRNA new agency.

Nobakht questioned Trump’s credibility. “This man does not represent the American people, and they will surely distance themselves from him at the next elections,” he said.

An Iranian foreign ministry spokesman also advised North Korean leaders on Monday to “exercise complete vigilance” in their negotiations with the United States.

“We are not optimistic about these talks … The United States, especially Mr Trump, has undermined international agreements and has unilaterally withdrawn from them,” Bahram Qasemi said.

“This man does not represent the American people, and they will surely distance themselves from him at the next elections…”

Where would they even get this idea? Oh yeah, from the deep state who created this whole scandal in the first place.

Trump says it is hurting his ability to operate and despite his historic success yesterday, Iran’s statement proves him right again.