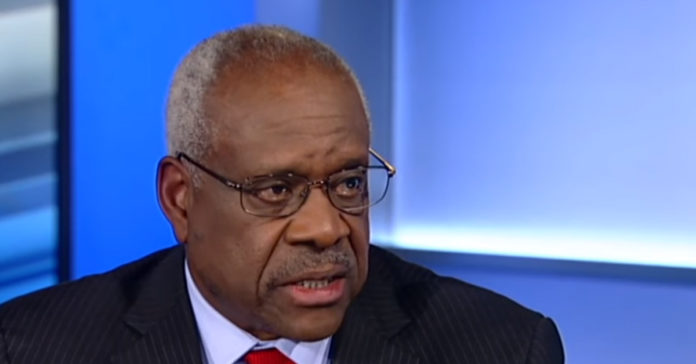 The left thinks they can do just about anything – did you hear some clown say they were going to annul Trump’s presidency?

The media covered it in the breathless fashion they are accustomed to slinging fake news but the intent is real.

They want to not only remove President Trump but want to reverse every single thing Trump has done to make this country great again.

And they want Neil Gorsuch removed too, you can be absolutely sure that if they ever have the votes Gorsuch is gone.

Which leads us to the height of lunacy from the left – they are starting a movement to impeach and remove Clarence Thomas.

Barbara L’Italien, a state senator running in a crowded field to replace retiring Rep. Niki Tsongas, is declaring her intention to file an impeachment resolution against Thomas as part of an effort to address sexual assault if elected to Congress.

“There is an elephant in the room for Congress in the #MeToo era. Our leaders have to start talking about it. Two of the most powerful men in the country have been credibly accused of sexual crimes and gotten away with it,” L’Italien said. “Laws cracking down on sexual assault have to be signed by a president who multiple women say assaulted them. Regulations to stop sexual harassment can be struck down by a Supreme Court justice who lied under oath to counter allegations of sexual harassment. Why would victims think a government like that is looking out for them?”

Thomas’ 1991 confirmation hearing was marked by sexual harassment allegations against him relating to his conduct at several federal agencies. L’Italien said she would file the impeachment resolution against Thomas for perjury during his confirmation hearings to the Supreme Court, insisting there is “considerable evidence that Thomas lied under oath” about his professional conduct, namely claims that he sexually harassed Anita Hill.

It Begins: Hollywood Superstar Calls For Clarence Thomas To Resign