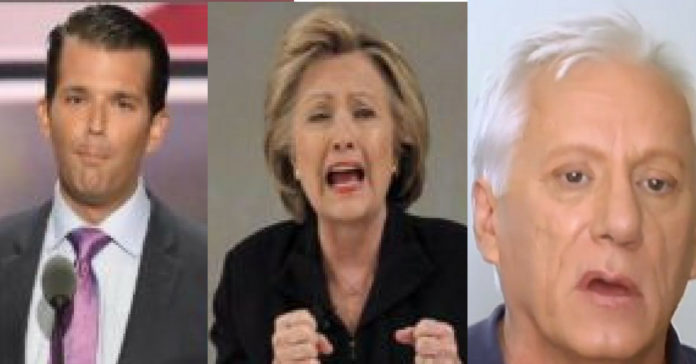 Hillary Clinton has been busy and the rumors are flying that she is so arrogant she is considering a run for President again in 2020.

A reporter for the New York Post discovered some very weird behavior by Hillary Clinton and all signs point to the inevitable.

“Hillary Clinton is up to something,” Goodwin writes.

Goodwin argues some of Clinton’s actions, such as fundraising with urgency, calling for protests, touting her PAC, ‘Onward Together’ to fight Trump’s policies and next SCOTUS pick suggest she may be gearing up for a 2020 run against Trump.

Michael Goodwin lays out three reasons why he believes Hillary could make a third run, although he says his liberal Dem friends are horrified at the thought and ‘would not give her a single cent.’

First, because there’s no clear front-runner for the nomination 18 months into Trump’s presidency, Clinton remains the closest thing to an incumbent. She’s also got numerous advantages, from name recognition to campaign experience to an off-the-shelf Cabinet, that could give her a head start.

Second, a crowded, diverse field diminishes the chances of anyone knocking her off. Recall how Trump outlasted 16 GOP rivals by having a committed core of supporters that grew as the field shrunk. Clinton could be in a similar position — unpopular among many, but also unbeatable by a single opponent.

Third, looking ahead to the 2020 primaries, she sees no reason to fear the favorite daughters and sons in key blue states. She would almost certainly beat Sen. Kamala Harris in California, Sen. Cory Booker in New Jersey and Gov. Andrew Cuomo in New York.

Don Jr., and James Woods had some fun trolling Hillary Clinton on Sunday over the idea of her running against Trump in 2020.

#HillaryClinton2020. She’s got this wrapped up! pic.twitter.com/YMDuBRQoCq