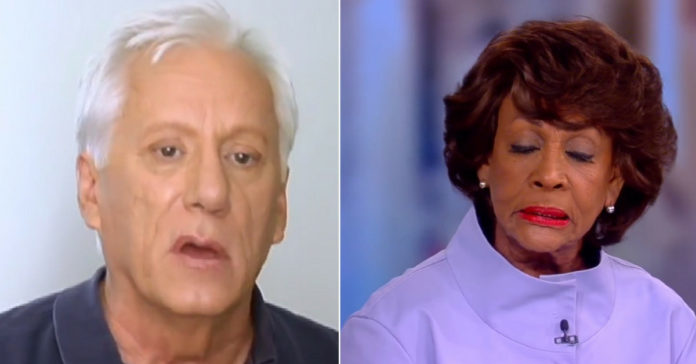 James Woods does not suffer hypocritical liberals well, nor should he. They have jumped the shark and are well on their way to becoming a public nuisance.

If not a public danger. Well at least according to James Woods they are.

Actor James Woods urged his Republican followers to “a) get armed, and b) vote” because “[y]our life literally depends on it” in an early Monday tweet.

The tweet comes in response to Congresswoman Maxine Water’s speech at a rally on Saturday, which called for liberals to “get out” and “create a crowd” if they see anyone from the Republican cabinet.

In the comment to which Woods is responding specifically, Waters tells liberals to “push back” and tell Trump supporters “they’re not welcome.”

“If you see anybody from that cabinet in a restaurant, in department store, at a gasoline station — you get out and you create a crowd,” she told the crowd. “And you push back on them. Tell them they’re not welcome anymore, anywhere!”

Twitter seems to be a favorite platform for the conservative actor, as he frequently responds to top headlines or tweets from liberals.

Now that a United States Congresswoman has called for harassment against Republicans and the inevitable violence that will come of it, I urge all of you to a) get armed, and b) vote. Your life literally depends on it.