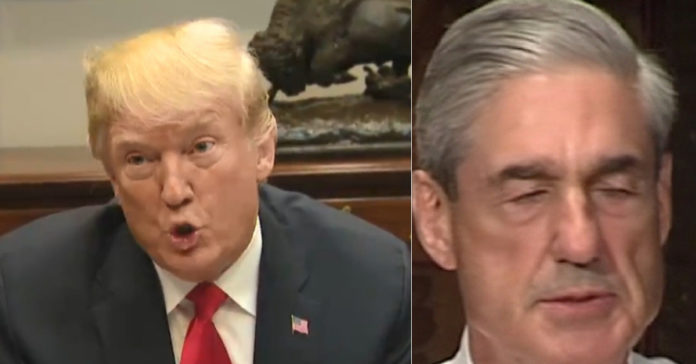 The deep state is doomed. Finished. Over. There is no way they can survive the devastating leaks contained in the shocking New York Times story.

No way. As reported by The Hill:  Deputy Attorney General Rod Rosenstein proposed secretly recording conversations in the Oval Office with President Trump last year and discussed the possibility of Cabinet officials invoking the 25th Amendment to remove the president, according to The New York Times.

The newspaper, citing people familiar with the matter, reported on Friday that Rosenstein made comments to other Justice Department officials in meetings in spring 2017 about secretly recording Trump after the president fired FBI Director James Comey.

Rosenstein reportedly made the comments to then-acting FBI Director Andrew McCabe, who detailed Rosenstein’s comments in memos, according to the sources cited by the Times.

In the discussions, Rosenstein reportedly floated recruiting Cabinet secretaries, such as Attorney General Jeff Sessions, and White House chief of staff John Kelly behind an effort to invoke the 25th Amendment, which allows members of a president’s Cabinet to remove him by majority vote if he is deemed unfit for office.

The extraordinary allegations, depicting a panic-stricken No. 2 official at the Justice Department who has been a target of the President in the past, are outlined in memos authored by former FBI Deputy Director Andrew McCabe, according to the Times. CNN has not reviewed the memos, but they have been turned over to special counsel Robert Mueller, according to sources familiar with the matter.

McCabe’s lawyer, Michael Bromwich, said in a statement to CNN that his client “drafted memos to memorialize significant discussions he had with high level officials and preserved them so he would have an accurate, contemporaneous record of those discussions.”

“When he was interviewed by the special counsel more than a year ago, he gave all of his memos — classified and unclassified — to the special counsel’s office. A set of those memos remained at the FBI at the time of his departure in late January 2018. He has no knowledge of how any member of the media obtained those memos,” Bromwich added.

Breaking News: Rod Rosenstein, the official who appointed Robert Mueller, once proposed secretly taping President Trump and removing him via the 25th Amendmenthttps://t.co/p6Y30OxzRd