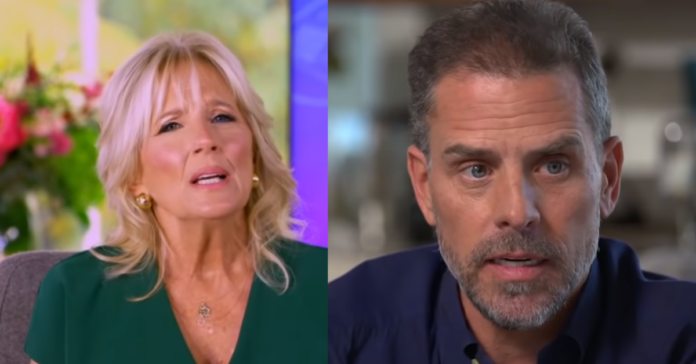 Jill Biden broke her silence on the Hunter Biden allegations on The View today. She said the American people don’t want to hear about it?

Not sure that is the right way to handle this story as telling people what they want to hear usually backfires.

“He continued those attacks at rallies, encouraging the crowd to lock Joe up. On Monday, he claimed that there’s some sort of solve story on the way about a scandal involving your family that will, quote, ‘Make him almost an impotent candidate.’ How do you feel about these constant personal attacks, and how do you respond to them?”

“I mean, this election is not about Joe Biden or Jill Biden or Kamala or Doug.”

“The American people are struggling right now. I mean, they’re in the midst of all this chaos they’re trying to figure out how to put food on the table, you know, they don’t have jobs, they need health care.

“Americans don’t want to hear this. That’s why I thought Joe did such a great job at the debate because he addressed the issues.

“He talked directly to the American people and said, this is what I will do as your president, and Donald Trump just ranted.

“I don’t even know what he was doing up there. So this time, the debate commission has said that they will mute the mics, and they’ll each get their two minutes to speak.

“So the American people will clearly see their choice.”