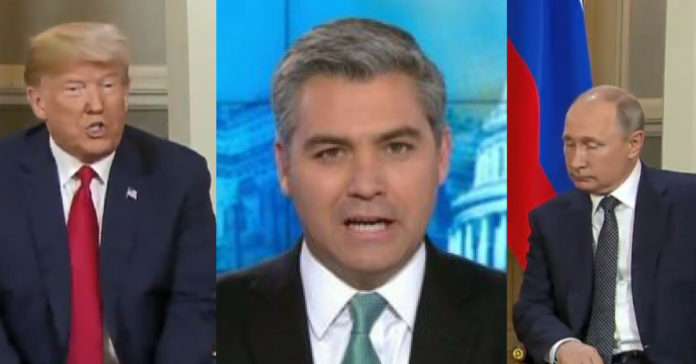 The entire world erupted in shock and awe after Trump held the press conference heard around the world.

The presser had something for everything.

So it is understandable that the media lost their heads too during the extraordinary meeting.

That said, Jim Acosta probably wishes he could take this back as it is clearly out of bounds.

Acosta said, “I don’t know which side is the bride and which side is the groom. It sort of feels like we’re at a wedding here. And on the other side of the room are our friends from the Russian Federation and other journalists who have been credentialed by the Kremlin.”

Is Jim suggesting a sexual relationship with Putin? If so, CNN needs to suspend him immediately.