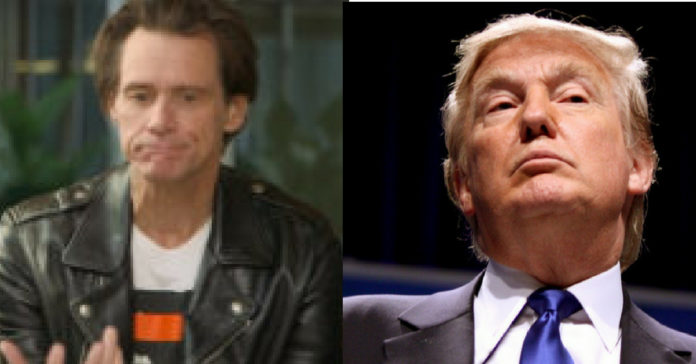 Hollywood is a joke at this point. Overpaid ego’s masquerdaing as big stars who demand America pay attention to things they know nothing about.

We have been turning the channel on these clowns for years and with what Jim Carrey just did it may be permanent.

A new work posted Thursday by the comedy actor-turned-artist features what appears to be Calvin from the “Calvin and Hobbes” comic urinating on Trump’s grave. And with a pun.

“Oh how I urine for this all to be over!” the “Mask” star captioned his picture.

Calvin mischievously peeing in various scenarios has become a meme over the years.

Carrey in recent months has been painting what he sees as the dumb and dumber aspects of Trump and his administration ― and this isn’t the first time the comedian has used pee-pee in his attacks.

In early May, Carrey featured Trump’s personal physician Dr. Harold Bornstein commenting on the deliciousness of the president’s urine sample after Bornstein said Trump once dictated a letter about his “extraordinary” health.

Oh how I urine for this all to be over! pic.twitter.com/uzLULtNPLE

After Jim Carrey Viciously Attacks Melania, FLOTUS B*tch Slaps Him Back To Hollywood With Classy Move