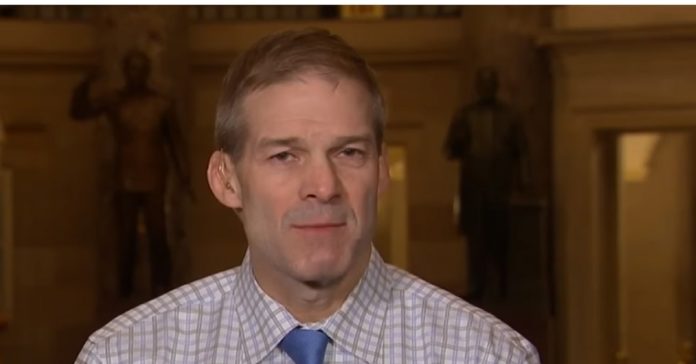 The media and their friends in the Democratic party are desperate to bring down Ohio Congressman Jim Jordan.

Jordan is a strong and very effective Trump supporter who has taken on Bob Mueller and exposed the witch hunt for what it is.

This is an unforgivable sin so the all-out assault on Jordan must commence. But they got it all wrong, as usual.

After being accused of turning a blind eye to sexual abuse by a team doctor when he was an Ohio State wrestling coach, Rep. Jim Jordan (R-Ohio) spoke out on “Special Report.”

Earlier this week, Jordan’s office denied knowing about any allegations against Richard Strauss, a team doctor who died in 2005.

Jordan worked as an assistant wrestling coach at Ohio State from 1987 until 1995 before going into politics. He was elected to the U.S. House in 2006 and is seen as a contender to be the next Speaker of the House.

“It’s false,” Jordan said of the allegation in an at-times emotional interview.

“Our coaching staff, we would’ve dealt with this,” he said, adding that the health and well-being of OSU student athletes always came first.

He dismissed claims by former wrestler Mike DiSabato, who said on CNN “Jim knew about what I call the deviant sexual atmosphere.”

Jordan said DiSabato is being dishonest, has a criminal record and that CNN should have looked more closely at his background before booking him multiple times in one day in the immediate aftermath of the allegations’ emergence.

Of the others who have accused him of turning a blind eye to the abuse, Jordan said he is “bothered the most” by those who “are saying these things that I know they know the truth.”

Jordan said the timing of the allegations is suspect, since they come immediate after a contentious hearing with Deputy Attorney General Rod Rosenstein and also during the ongoing discussion that the congressman may run for speaker of the House.

He said the law firm representing some of the accusers, Perkins Coie, is the same firm that was involved with the Trump-Russia dossier.

“I don’t believe them at all. I believe him. Jim Jordan is one of the most outstanding people I’ve met since I’ve been in Washington. I believe him 100 percent,” said Trump.