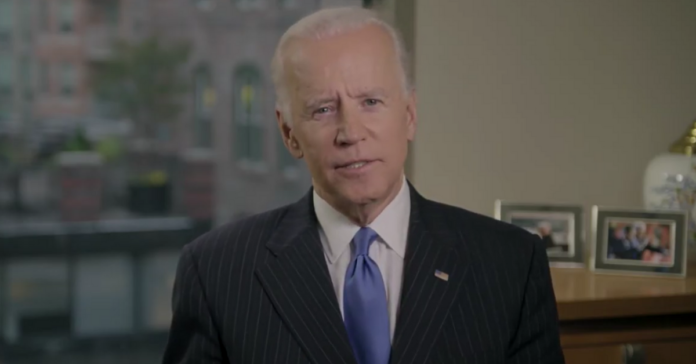 President Joe Biden ordered the US military to strike a target in Syria today that was used by two Iranian-backed militia groups. This comes in retaliation for recent rocket attacks on American forces in the region. Those attacks injured four American contractors and a US service member.

“The operation sends an unambiguous message; President Biden will act to protect American coalition personnel. At the same time, we have acted in a deliberate manner that aims to deescalate the overall situation in both Eastern Syria and Iraq.”

The decision to target the site in Syria was made from the “top down,” a defense official said, and was not because of a specific recommendation from the military.

The strikes come as Washington and Tehran position themselves for negotiations about Iran’s nuclear program, potentially complicating an already fragile process.

The US had not definitively blamed any specific group for the rocket attacks or attributed them to any Iranian proxies in the region, but the administration had made it clear where they place the blame.

Earlier this week White House spokeswoman Jen Psaki said the US holds Iran accountable for the actions of its proxies.

A Feb. 15 rocket attack on coalition forces near the Erbil International Airport in Iraqi Kurdistan killed a civilian contractor and injured four American contractors and a US service member. At the time Psaki said Biden and the administration “reserve the right to respond in a manner and at a time of our choosing.”

“We will respond in a way that’s calculated on our timetable, and using a mix of tools, seen and unseen,” Psaki told reporters, a day after Biden spoke with Iraq’s Prime Minister, a discussion which focused largely on the rocket attacks. “What we will not do, and what we’ve seen in the past, is lash out and risk an escalation that plays into the hands of Iran by further destabilizing Iraq, and that is our priority,” Psaki added.

War is back. (Is Liz Cheney finally happy?)
I really think that the Pentagon’s big plan is to devote all of its efforts to fighting in the Middle East, and to concede the rest of the world to the CCP. https://t.co/cx9zYLH0SZ

The U.S. carried out an airstrike in Syria, targeting a structure that officials believe was used by an Iran-backed militia that has conducted attacks against American forces https://t.co/GFYOay27Er