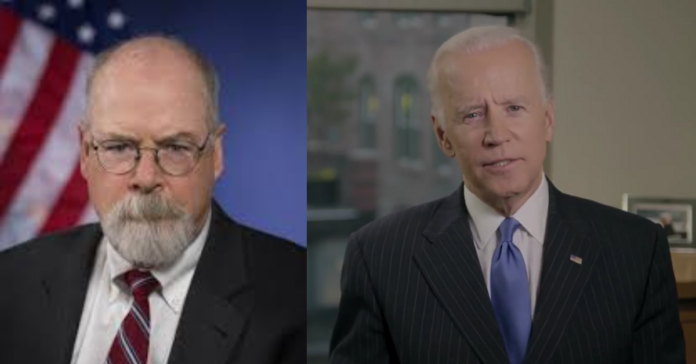 John Durham, the U.S. attorney appointed to investigate the origins of the Russia probe, just announced his resignation from the DOJ in a Friday news dump.

When DC wants to hide news they release it on Friday, but Durham will reportedly stay on as special counsel to continue his investigation so there may be something else going on here. The DOJ released a statement that says:

“My career has been as fulfilling as I could ever have imagined when I graduated from law school way back in 1975,” said U.S. Attorney Durham.  “Much of that fulfillment has come from all the people with whom I’ve been blessed to share this workplace, and in our partner law enforcement agencies.  My love and respect for this Office and the vitally important work done here have never diminished.  It has been a tremendous honor to serve as U.S. Attorney, and as a career prosecutor before that, and I will sorely miss it.”

Prior to his appointment as an interim U.S. Attorney in November 2017 and subsequently as the presidentially appointed U.S. Attorney in February 2018, Mr. Durham served as an Assistant U.S. Attorney in various positions in the District of Connecticut for 35 years, prosecuting complex organized crime, violent crime, public corruption and financial fraud matters.

“The Office will be in the extraordinarily capable hands of Len and our superb supervisory team who, together, guarantee that the proper administration of justice will continue uninterrupted in our District.”

Mr. Boyle is the 53rd U.S. Attorney for the District of Connecticut, an office that was established in 1789.

The U.S. Attorney’s Office is charged with enforcing federal criminal laws in Connecticut and representing the federal government in civil litigation.  The Office is composed of approximately 68 Assistant U.S. Attorneys and approximately 54 staff members at offices in New Haven, Hartford and Bridgeport.

John Durham, who was appointed to investigate the origins of the Russia probe, announces he is resigning effective at midnight tomorrow. https://t.co/eF3tZSGpx9

John Durham steps down as US Atty in CT. But stays on board as special counsel probing origins of Trump/Russia investigation. Biden Admin asked US attys to resign by end of February