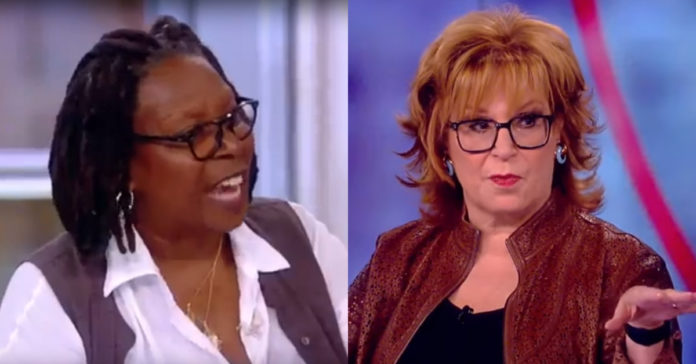 The left is nothing if not a bunch of hypocrites. And there are none worse than the two from the View, Joy Behar and Whoopi Goldberg.

Crass and odious they spout their nonsense on a daily basis duping liberals as they go. Until today that is… because today they just got exposed.

Oh, what a difference a few years and Donald Trump make when it comes to how the media treats Senator John McCain.

A few months ago I wrote about how one day the left will be nostalgic for Donald Trump. I noted how the left’s perceptions of George W. Bush, John McCain, and Mitt Romney have gone from “literally Hitler” to literally “okay.” With regards to John McCain, I noted how Madonna compared him to Hitler during a concert, how he was likened to Nazis in an episode of The Family Guy, and how Slate called him “worse than Bush.”

The media today now have pretty much only nice things to say about the late Sen. John McCain (who’s record of independence has aligned him with Obama and against the GOP on several issues, and even more importantly, against Trump), but this is in stark contrast to how they treated him when he was Barack Obama’s opponent in 2008.

It was a battle of a moderate war hero and a radical noob. McCain’s status as a war hero was somehow not as important as Obama’s community organizing and candidness about his smoking marijuana. McCain was just a crusty old white guy and Obama was the cool young black candidate, and if you didn’t like him, you were racist.

One of the best examples of how the media treated McCain so unfairly is when both candidates were guests on The View. While no one would say the hosts of The View are the sharpest tools in the shed, nevertheless, delusions of grandeur have them constantly spewing feebleminded political commentary to a generally receptive audience.

Even more infuriating is how the worst offenders, Whoopi Goldberg and Joy Behar, now speak so kindly of him, when they were previously so dismissive… dare I say repulsed.

Had they and others recognized John McCain’s genuinely good qualities back then, perhaps they would have found it in them to treat him as warmly as they did Barack Obama. But, alas, no, they treated him like a leper, while they treated Obama like royalty. And yet they think tweeting a few kind words now that he’s passed on makes up for their past offenses?

Check out what they said about him then…

Senator John McCain passed today, all i can think about..he never stopped trying to do his best. What an honor it’s been to know him. My condolences to the family he loved and adored and to his daughter & my friend @MeghanMcCain…from all my family, much love

We have lost someone who was a voice of reason and truth. A hero. He will be sorely missed. RIP, John McCain.

Right After Joy Behar Called Trump A Traitor, Rush Limbaugh Humiliated Her For All World To See