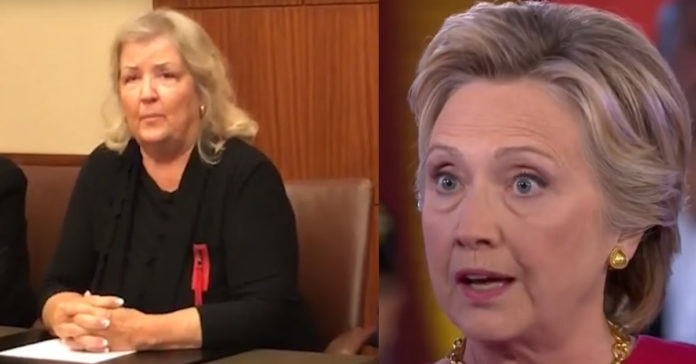 Hillary Clinton has the utter gall to go on MSNBC and complain about the Brett Kavanaugh situation.

This from her? A woman who enabled the horrific things her husband did to women? This from someone who actively worked with Bill to destroy any woman who dared go public?

When America sees her hypocrisy we say but one thing: “Thank God she lost.”

Enter Juanita Broaddrick. She alleged Bill Clinton raped her and she will no go quietly into the night, not with Hillary’s hypocrisy still out there.

“As I watch what is happening now I think, my goodness the double standard,” Broaddrick said. “I saw the media sit on my story and question my allegations. The media downgraded the most horrific event of my life. The Me Too movement has never accepted the Clinton Survivors of the sexual assault. They have never acknowledged me or Kathleen Willey or Paula Jones. They want nothing to do with us.”

“After Hillary Clinton lost the election, the media finally began to believe me,”

“They wanted the sensationalism in the 11th hour…This woman came forward and they held it till now. This is an weaponization of the sexual assault.”

“When I went through her accounting of what had happened, I cannot imagine not knowing where you were and who was there and when it happened. I remember everything that had happened to me. Friends found me immediately after the rape and witnessed the condition I was in. I remember all the specifics, the exact time it happened, 8:30 in the morning.”

The IRONY……@HillaryClinton will go down in history as the most deceitful and dishonest villain in America. https://t.co/8iuCiws2Ed

If you want the FBI to go back that far @HillaryClinton @MSNBC to investigate Ford’s allegations…. let’s investigate my RAPE allegations against Bill Clinton, too. Seems only fair.