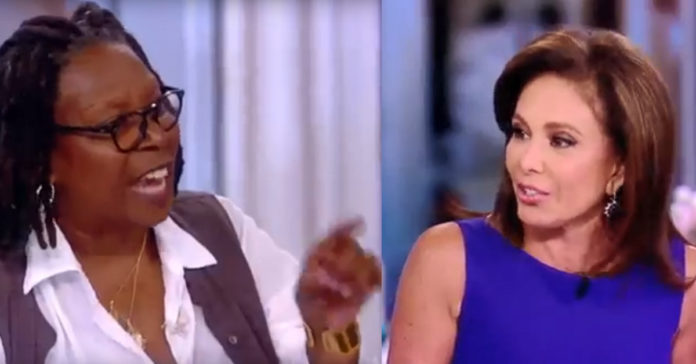 Judge Pirro is a tireless supporter of President Trump. She knows the law and that is what makes a particularly good advocate for POTUS.

Today she went where few conservatives will dare go – on to the set of the view to deal with the ladies at the liberal gabfest.

“I’m not here to talk about what Donald Trump is and isn’t.” Pirro started,

“You’re suffering from Trump Derangement Syndrome.” Goldberg jumped in with, “Listen, I don’t have Trump Derangement. Let me tell you what I have. I’m tired of people starting a conversation with Mexicans are liars and rapists.”

Pirro replied, “Your opening statement, how horrible it is that Donald Trump is talking about all of these people. You know what’s horrible? When people who shouldn’t be here end up murdering the children of American citizens.”