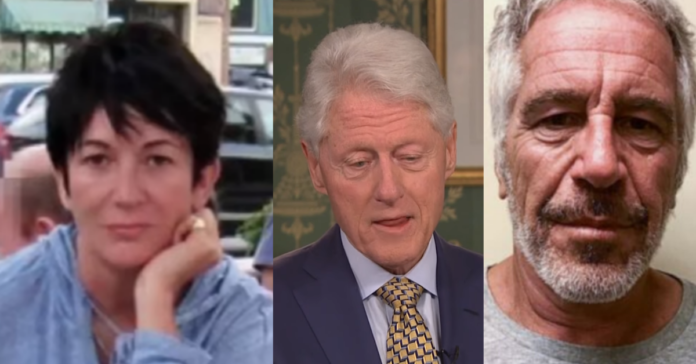 Julie Brown is a superstar reporter who was behind the ultimate takedown of Jeffrey Epstein. She would not stop digging and reporting the story and eventually it paid off and Epstein went down.

She pushed for the release of Ghislaine’s Maxwell’s deposition so she could uncover more truths. A judge just released it.

She wrote on Twitter: “In a 400-plus page deposition taken in 2016, accused sex trafficker Ghislaine Maxwell repeatedly denies knowing any underage girls were even present with Jeffrey Epstein. The documents are heavily redacted. Names blacked out include Bill Clinton, Prince Andrew.

“Court also redacted the names of other men who may have been present at Jeffrey’s homes or on his plane. Unclear on what basis these names were redacted.

“It is mind-boggling to me that the court is continuing to protect powerful men involved with Jeffrey Epstein and Ghislaine Maxwell. If they didn’t do anything wrong, why don’t they allow full disclosure here?

“Ghislaine Maxwell testified that Jeffrey Epstein was “very good to me when my father died,” which was one reason she remained loyal to him even after he went to jail.

From The Miami Herald:

The transcript also calls into question Maxwell’s assertion that she had little to do with Epstein after his release from a Florida jail in 2009 and is in conflict with her later assertion that Epstein paid her legal bills at the time of the civil case.

That’s important because in the U.S. Virgin Islands Maxwell is suing the Epstein estate, valued at more than $600 million. She has argued the estate must cover her legal bills because she was an employee who had a verbal agreement with Epstein and that he kept his word about paying her legal bills until his shocking death in August 2019 in a Manhattan jail.

In the deposition, she insisted he was not paying her legal bills. She also appeared to contradict what is now common knowledge, that Epstein did work for her father Robert Maxwell, a high-profile publishing baron who died under mysterious circumstances in 1991. After his death at sea, apparently falling off his yacht called the Lady Ghislaine, it was discovered he had pilfered his company’s pension fund…

… The newly released transcript depicts Maxwell as an obstructionist, making lawyers repeat a question four or five times on questions such as whether calling a victim a liar can be psychologically harmful.

Frustrated by Maxwell’s non-answers, lawyers then turned to the allegation by several women who said they were brought in as minors to give massages to Epstein at his Palm Beach home. Many said there were sex toys present that Epstein unexpectedly used on them as he forced himself on them.

Maxwell responded by asking for a definition of a sex toy.

“No. I need you to define a sex toy, I don’t have enough knowledge of sex toys,” she responded.

It is mind-boggling to me that the court is continuing to protect powerful men involved with Jeffrey Epstein and Ghislaine Maxwell. If they didn't do anything wrong, why don't they allow full disclosure here? pic.twitter.com/p8aEfcGTX2