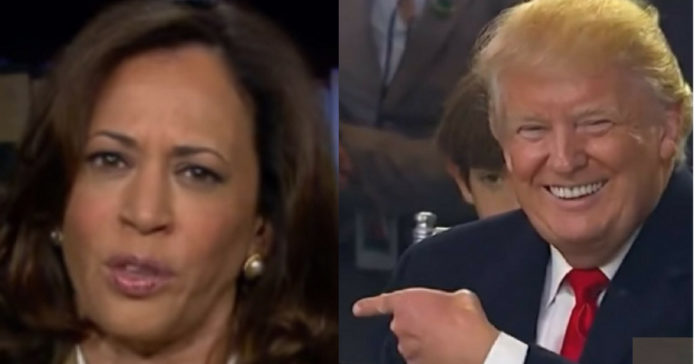 That Kamala Harris is a Democrat frontrunner to unseat Trump is 2020 tells you how bad the left really is.

Kamala has more skeletons in her past than even Hillary Clinton – including some very shady “casting couch” like moments that helped propel her political career.

Women will be furious when they find out how she actually made her way to the top and when that happens, her career will stall.

Plus she just doesn’t know what in the heck she is talking about.

From The Dailly Caller:

Even though the Fourth of July is seen as a holiday of unity for all Americans, there were still some in the political world who chose to use the holiday to send a partisan message.

It is a historical fact that of the 56 people signed the document, the vast majority of which were American-born. The point is also strange because America was not an independent nation at the time and therefore had no immigration laws of its own yet. It is safe to say the internet reacted badly to the Democrat Senator’s tweet.

A reminder this Fourth of July: it was eight immigrants who signed the Declaration of Independence. Happy Independence Day.

56 people signed it. 48 were born in the American colonies. 2 were born in England, 2 in Ireland, 2 in Scotland, 1 in Wales, 1 in Northern Ireland. https://t.co/JlEyHTxwRd

Forty-eight of the 56 men who signed the Declaration of Independence were born in America. The other 8 were British or Dutch, same as our entire colony/country for about 200 years. https://t.co/tzswX9ovgx