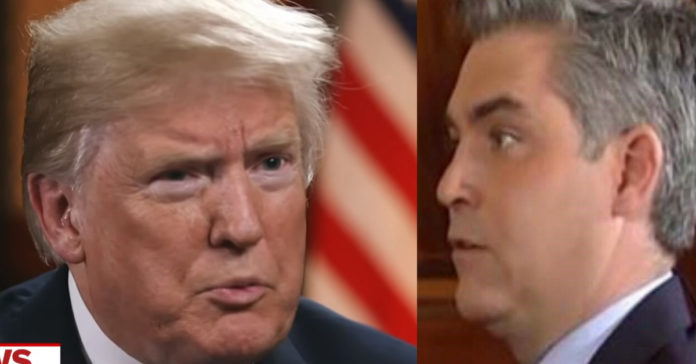 It begins…the media is finally starting to deal with Trump derangement syndrome in the proper way – by firing people.

Look, we all need to be less nasty divisive and more accepting but in today’s hyper-sensitive media environment that is next to impossible.

Calmer heads need to prevail and it looks like USA Today is leading the charge.

USA has dropped columnist Cheri Jacobus after the the political strategist and frequent TV pundit insulted Republican consultant and Trump ally Michael Caputo’s daughters and suggested that they be used at “parties” by convicted sex offender Jeffrey Epstein.

“Our editors in the opinion section became aware of the tweet by freelance columnist Cheri Jacobus just after noon today,” a spokesperson for the company told TheWrap Thursday evening.

“An hour later after researching the issue, our editors let Jacobus know that she would no longer be writing for USA TODAY,” the spokesperson added. “We have asked her to remove the USA TODAY affiliation from her bio.”

Also on Friday, The Hill moved to sever its ties with Jacobus as a columnist as well. “She was a contributor until February and no longer is,” a rep for the Washington, D.C.-based site told TheWrap. “The Hill has no plans to publish her in the future.”

Jacobus offered an explanation for her provocative online statements. “My tweet was in response to his attacks on me,” Jacobus told TheWrap in a statement which also accused Caputo of harassing her with tweets urging her to commit suicide.

In the original tweet from Thursday — which still remained live on Twitter at press time — Jacobus got personal with fellow Republican Caputo: “Are your daughters ugly like you? Or can Trump use them at the Epstein parties so they can survive when you’re broke, bitter, along and in prison for treason?”

are your daughters ugly like you? Or can Trump use them at the Epstein parties so they can survive when you're broke, bitter, along and in prison for treason?

She is accusing Trump of pedophilia in case you missed it…nice huh?

Well, she got what she deserved.