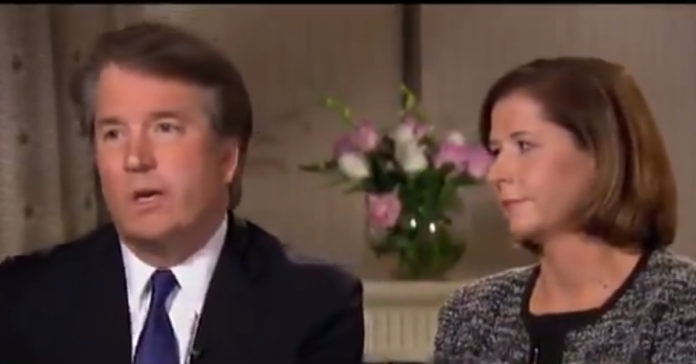 The knives are out for Brett Kavanaugh, of that there is no doubt. The chaos is swirling just as the Democrats wanted when they unleashed their attack dogs.

So it is always good to cut through the noise and listen to people who know and knew Brett Kavanaugh the best.

“We never witnessed any behavior that even approaches what is described in this allegation. It is reprehensible,” his classmates wrote, adding, “In the extensive amount of time we collectively spent with Brett, we do not recall having ever met someone named Julie Swetnick. Nor did we ever observe Brett engaging in any conduct resembling that described in Ms. Swetnick’s declaration.”

Kavanaugh will testify before the committee Thursday about allegations made against him by Swetnick, Deborah Ramirez and Dr. Christine Ford. He will testify, “There has been a frenzy to come up with something — anything, no matter how far-fetched or odious — that will block a vote on my nomination. These are last-minute smears, pure and simple.”

“The truth is that I have never sexually assaulted anyone—not in high school, not in college, not ever,” Kavanaugh has stated.

Trump weighed in and called out the lawyer behind the hit piece earlier in the day.

Avenatti is a third rate lawyer who is good at making false accusations, like he did on me and like he is now doing on Judge Brett Kavanaugh. He is just looking for attention and doesn’t want people to look at his past record and relationships – a total low-life!