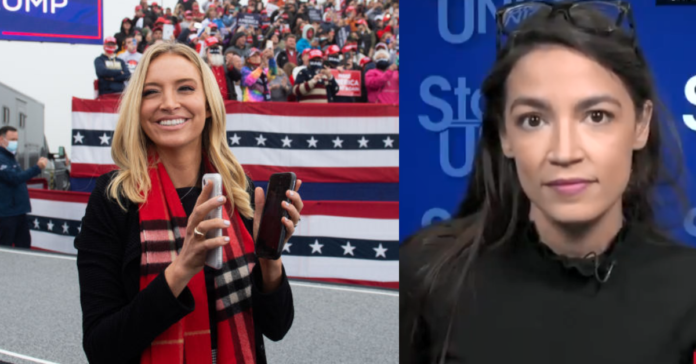 White House Press Secretary Kayleigh McEnany is a star in GOP politics and will be for years to come. Of that there is no doubt.

She said Biden lost Pennsylvania, “That moment on the debate stage, when he looked at the cameras and the American public in the eye and said I will wreck your economy for generations, that is what he was saying when he vowed to ban oil, he vowed to ban fracking,” McEnany said on Fox News’ “America’s Newsroom.”

“His vow to end fracking, which 25% of fracking is done in Pennsylvania would cost 609,000 jobs, raise the cost of living for everyone by $5,000. That’s just on the issue of fracking. He lost Pennsylvania.”

Biden and his team tried to clean up the flub and said Biden wants to phase out oil and fracking over the coming years.

“I’m investing in clean energy and we’ll make sure that we don’t continue to subsidize the oil companies,” said Biden this week. “There are two estimates. They get somewhere between $25 billion and $40 billion in subsidies.”

McEnany also slammed calls from Rep. Alexandria Ocasio-Cortez and other Democrats to expand the Supreme Court after the swearing-in ceremonies for new Justice Amy Coney Barrett, and accused Biden of having become an “empty vessel for the radical left.”

“You heard from his puppeteers last night,” said McEnany. “He will pack the court. It would make headlines sharing his stance … 60% of independent voters are against that, according to the New York Times poll.”

“He has shown us that plan with therapeutics,” said McEnany. “His plan is working. The American public probably doesn’t know this, if you look at hospital beds across the country the percentage of hospital beds that are taken up by COVID patients right now are 6%…if you’re younger than 70, your chances of surviving the disease are 99%. Cases are like mine when I was asymptomatic and got through it.”