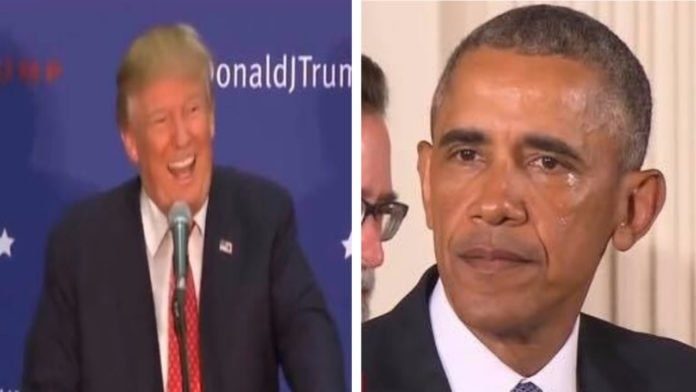 Well, this is awkward. Penny Pritzker, who served as U.S. Secretary of Commerce from 2013 to 2017 under Barack Obama just finally told the truth about China.

And yes, Trump is and has been 100% correct. So we have two questions – why did the media use this to attack Trump when he was clearly right.

It was late November 2016, and my Chinese counterpart, Vice Premier Wang Yang, was visiting Washington, D.C. Over the course of my tenure as U.S. Secretary of Commerce, the vice premier and I had developed a warm and candid relationship. Since this was to be our last official meeting, I decided to do something a bit different: take him to rural Virginia for a traditional Thanksgiving meal.

While we were surrounded by our usual phalanx of security, we effectively sat alone, with the exception of our two closest aides. Shortly after we were seated, the vice premier leaned in close and almost whispered to me, “Can you explain what just happened in your presidential election?” Clearly, the Chinese were just as surprised by the results as we were.

I told the vice premier that we were still trying to understand the outcome ourselves, but that it was important for him to appreciate that China had played a significant role in the election. As the translator spoke into his ear, he shot me a somewhat surprised look. I explained that then-candidate Donald Trump’s “tough on China” rhetoric had tapped into an underlying strain of thought in the U.S. that Wang and other Chinese leaders needed to understand.

For years, Americans were told that China was a developing country and shouldn’t necessarily be held to the same standard as developed nations such as the U.S. But China’s success had severely undercut that line of reasoning. The Chinese economy was growing at 6 percent or more annually. Chinese cities, roads, ports and bridges were rising seemingly overnight. The world’s low-cost manufacturer was rapidly becoming a global technology hub. And the Chinese government was investing billions of renminbi in support of its “Made in China 2025” industrial plan. The disconnect between rhetoric and reality was profound and growing by the day.

At the same time, Americans felt that at least some of China’s success had come at their expense. They were seeing their middle-class jobs and once-prosperous lifestyles disappearing. China wasn’t playing fairly; it was consistently violating its international commitments and tilting the playing field to advantage Chinese firms. Economic complexities aside, the fact that Americans were, in part, paying the bill for such behavior had begun to sink in with millions of my fellow citizens.

Candidate Trump, of course, didn’t create these imbalances; he was simply very effective at tapping into this growing resentment. With or without Trump, the U.S.-China relationship was moving quickly toward a crossroads.

The point I was making to the vice premier is that, as China has risen to become a global power, the dynamic between the two countries has unquestionably changed. Meanwhile, too many Chinese actions and policies have not.

In fact, Chinese officials still frequently rely on the outdated rhetoric that China is merely a developing country. The developing nation narrative is clearly at odds with the observable reality of modern China, and it logically runs counter to China’s lofty goal of establishing a “new model of great power relations” between the U.S. and China — a dynamic focused on fostering cooperation and competition but avoiding confrontation, which, historically, has been the defining feature of relations between existing and rising powers.

It is hard to be both a poor, developing nation and the other party to a “new model of great power relations.” The formulation assumes the existence of two great powers. In the modern world, though, being a great power requires leadership. It requires being a good steward of the global economy, not just benefiting from it. It requires playing by the same rules and competing fairly, not relying on state resources to support domestic industries and innovation. If China wants to be the world’s other great power, it is manifestly in its interest to start acting like one.

To be fair, we have seen China emerge as a global leader on certain issues — such as climate — and, in recent months, President Xi Jinping has spoken consistently about China assuming a larger role in world affairs. In other areas, however, particularly those tied to economic and trade policy, the rhetoric continues to surpass the policies.

In part, it was this disconnect between words and reality that gave Trump his political resonance in the U.S. China is a great power. China has risen and, in so doing, has lifted 800 million people out of poverty. But, if China doesn’t change its approach to economic competition, I fear that today’s trade war will be nothing compared to the heightened tensions to come. Frankly, our domestic political system will demand action and President Trump will look like the mild first incarnation of a trend rather than an outlier.

The irony, of course, is that in so many important respects the economic and personal ties between the U.S. and China are deeper than ever:

In large part, China’s progress wouldn’t have been possible without the stable global economic order that the U.S. has underwritten and secured for the last 70 years. In that time, this system has limited conflict and led to the greatest increase in prosperity the world has ever seen. Without question, particularly over the last two decades, China has reaped the benefits of this rules-based order not just by competing aggressively but, it must be said, at times exploiting the existing system. That must change.

If it doesn’t, I fear that the stated goal of this “new model of great power relations” — competitive cooperation — will fall victim to China’s inability to change course. Then the politically plausible options for navigating China’s rise over the decades to come will be narrowed down to one: confrontation