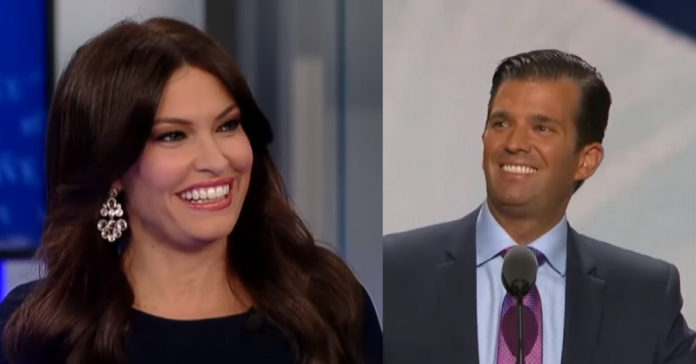 First, let me qualify this by saying that this has not been confirmed by either Kimberly Guilfoyle or Donald Trump Jr.

That said, the sources are very, very good with one of them having broken numerous stories about behind the scenes moves at Fox News.

I can’t remember a time when they were wrong about a Fox scoop.

Second, this makes a lot of sense as team Trump and Guilfoyle have been in talks almost since the inauguration to bring Kim aboard.

Also, she is dating Donald Trump Jr – all told it looks like Kimberly Guilfoyle is leaving Fox for a gig with Trump’s super PAC.

Fox News anchor Kimberly Guilfoyle will reportedly be leaving the network after over a decade of working there.

Guilfoyle will join Donald Trump Jr., who she is dating, on the campaign trail for the 2018 midterm elections, the people said. It’s not yet clear precisely when she plans on stepping down from her role at Fox News.

One of the people familiar with Guilfoyle’s plans said she would likely take a job at America First Policies, a non-profit organization that works to support President Trump’s agenda. The second source said that donors for the group had been actively trying to recruit her.