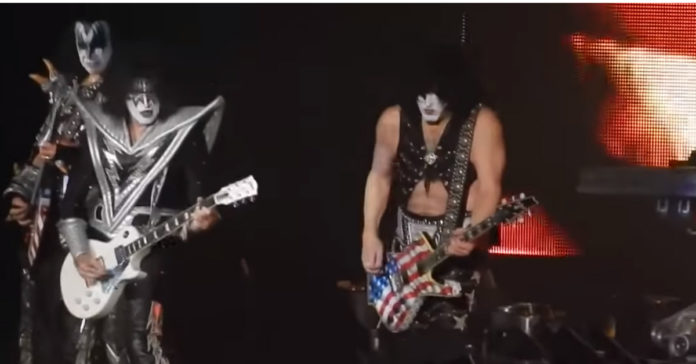 The NFL players have decided to doom the entire league with their unpatriotic behavior. As football season fast approaches so will the battle of wills.

We have most NFL owners telling their players no more kneeling and disrespecting the flag and the spoiled athletes on the other side digging in their heels.

They would be wise to listen to what KISS just said and did. (VIDEO BELOW)

KISS is sick and tired of “Take A Knee” and the lack of respect that the NFL has been showing this Nation. 1 year ago it started with Colin Kaepernick and now has swept over the entire NFL.

Well, KISS just had to do something about it while on their “Freedom To Rock” tour. In the middle of the concert singer Paul Stanley stopped during “Born Free” to say “F-ck Colin Kaepernick.” Then he has a few words for those who support “take a knee”.

“A lot of times people that are born free think that freedom is free and it’s not. Freedom is only free because there are people willing to sacrifice to keep us free.”