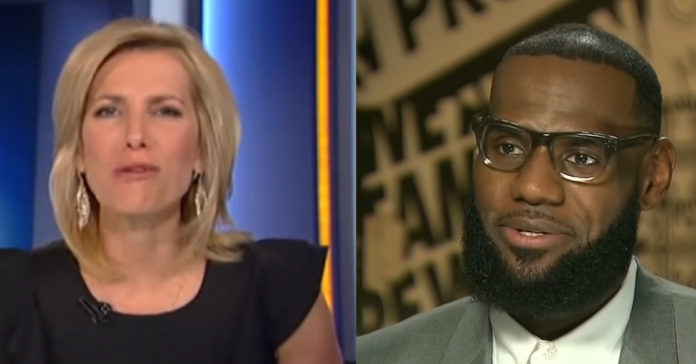 LeBron James has been on a bit of a publicity tour of late, also called a Trump bashing tour.

Look, the easiest way to get publicity is to bash Trump so America wondered what was really going on with LeBron – was it all about his new school?

Well, it turns out he also has a new TV show coming out…so you be the judge about his intentions.

Showtime has greenlit a pair of docuseries for the fall, both of which take on subjects that are part of the current political conversation.

Shut Up and Dribble, from executive producer LeBron James, is set to premiere in October. Enemies: The President, Justice & the FBI, from Oscar and Emmy winner Alex Gibney, follows on Nov. 18.

Shut Up and Dribble is a three-part series focusing on NBA players who have used their on-court stardom to impact the worlds of business and fashion and sometime stake a claim to part of the political conversation. The title comes from Fox News host Laura Ingraham, who told James to “shut up and dribble” rather than offer up his political views.

“If being a star athlete is inherently a political experience, Shut Up and Dribble tells that complex and dramatic story from the past to the present and from the inside out,” said Showtime president and CEO David Nevins. “LeBron James is one of many competitors whose place in the spotlight has led not to silence but perspective, and he, [fellow EP] Maverick Carter and [director/EP] Gotham Chopra have given us an important, insightful docuseries that should bring their fans and fellow citizens to a higher level of discourse, rather than the dismissal satirized in the title.”