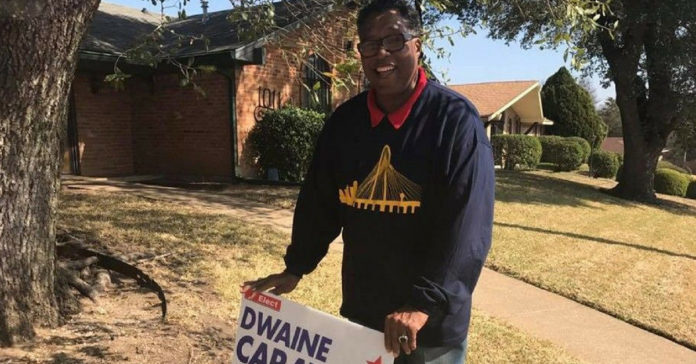 Another day, another leading liberal busted grifting and looting the people. The entire left is built on a fraud and it is a matter of time before the house of cards comes crashing down.

For when you offer handouts for votes you are not really serving your people, you are profiting from them.

That is the real scam of the left, and to be fair the right joins in on it, is how they make money off poverty.

It is almost as bad as what this guy did. From Fox News:

A Dallas official pleaded guilty Thursday to federal charges after prosecutors said he earned more than $450,000 in kickbacks and bribes in exchange for official actions taken to benefit local business dealings.

The funds Caraway received were “in the form of a phony consulting agreement, luxury suits, fully funded trips, gambling money, repayment of personal debt, checks and cash” from Robert Leonard in return for taking action that benefited the latter’s business, the news release said, citing court documents.Among the actions were “key votes to promote and continue” a program that put cameras on school buses — a business to which Leonard’s company had ties.

“The pleas today represent the meticulous and tireless efforts of the Federal Bureau of Investigation, the Internal Revenue Service, and the dedicated prosecutors of our office,” Cox said. “These cases demonstrate our continued resolve to uncover corruption at the highest levels–the citizens of Dallas deserve honest government.”

Caraway, the second highest-ranking elected official in Dallas, resigned from his post on the council, Cox announced.