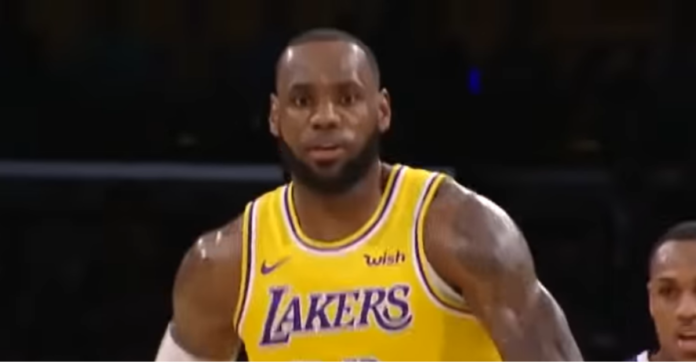 LeBron mocked the bar owner on Twitter: “Aww Damn! I was headed there to watch our game tonight and have a drink! Welp.”

LeBron faced a massive backlash for his ill-conceived tweet causing him to delete it and say, “Anger does any of us any good and that includes myself. Gathering all the facts and educating does though! My anger still is here for what happened that lil girl. My sympathy for her family and may justice prevail!”

“By any measure, it was a volatile situation. The woman who was killed was wielding a knife, was violent, appeared to be threatening the lives of others.

“The facts should be determined, but the left doesn’t care about the facts, they care about demonizing and attacking law enforcement and I think it’s wrong,” he said.

Dem representative from Florida, Val Demings, said: “When I served as a police chief, what I prayed for daily was that my police officers would respond as they are trained to do.

“Now, after every incident, we would have to go back and look at our policies and make sure that the policies met the moment.

“But look, I worked as a social worker with foster care children. So it’s a- it’s a sad moment for me.

“But I also was a patrol officer who was out there on the street having to make those split-second decisions.

“You know, now everybody has the benefit of slowing the video down and- and seizing the perfect moment.

“The officer on the street does not have that ability.

“He or she has to make those split-second decisions, and they’re tough.

“But the limited information that I know in viewing the video, it appears that the officer responded as he was trained to do with the main thought of preventing a tragedy and- and a loss of life of the person who was about to be assaulted.”

Val Demings, a Democratic congresswoman and former police chief, said on Sunday the officer who fatally shot teenager Ma’Khia Bryant in Ohio this week “responded as he was trained to do”.

In an interview with CBS’s Face the Nation, Demings spoke about the Columbus officer’s actions and how her time as Orlando police chief informed her perspective on police reform.

Ma’Khia, 16, was shot and killed on Tuesday, about 20 minutes before the former police officer Derek Chauvin was convicted of murdering George Floyd in Minneapolis last year.

Franklin county, where Ma’Khia was killed, has one of the highest rates of fatal police shootings in the US.

In a departure from protocol, officials released body camera footage soon after Ma’Khia was killed. The video appears to show her swinging a knife at another individual. Officer Nicholas Reardon shoots at Ma’Khia, who falls.

Bar In Ohio Near Cincinnati Says 'No' To Televised Games With LeBron James https://t.co/mvv6sS3jtz