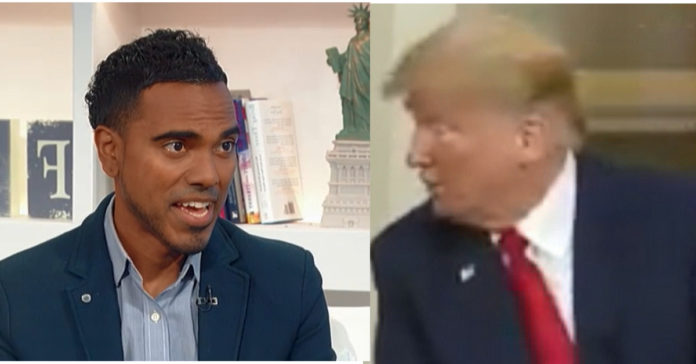 President Trump is right and his detractors are wrong. It is that simple. The truth may hurt Nancy Pelosi and the rest of the left but they need to hear it so we can all move on as a family.

Guyanese-born Neil Gouveia came to the United States when he was seven-years-old, and six years later he became an American citizen.

“America’s a land of opportunities, and this is a place where we could create our own destiny, so it was definitely worth it,” Gouveia said of his family’s years-long journey toward citizenship.

Gouveia revealed that his mother had to make an incredibly difficult “Sophie’s Choice” as she tried to legally bring her family to America.

After a three-year wait, Gouveia’s mother arrived at the U.S. embassy in Georgetown to pick up visas for her family of nine, but she was informed by an immigration officer that the visas could not be issued because one of her children had cerebral palsy, and that would be a huge expense for the U.S. government.

Gouveia’s mother decided to leave her daughter behind to be cared for by a friend, in order to save the American Dream for the rest of her family.

The girl was eventually brought to America and reunited with her family, although she passed away of pneumonia a short time later.

Despite that, Gouveia said, one of his mother’s greatest satisfactions was that she never gave up on her daughter.

As for his “conservative” views on immigration, Gouveia said the U.S. is a country of rules and laws, and those rules and laws must be followed.

“People like me and my family, we took the long way, we had to be really patient about it,” Gouveia said. “But this is the way to do it. There’s no other way. And if you want to be productive members of society in this country, you have to follow the guidelines.”

He added that Trump’s proposed merit-based immigration system is something that is already practiced in countries like Canada and Australia.

“Invite people over who … embrace our ways of life or values — which are very important — in addition to having skills that fit the society.”

President Trump Steps To Microphone, Silences All His Critics With What He Says Next (Video)