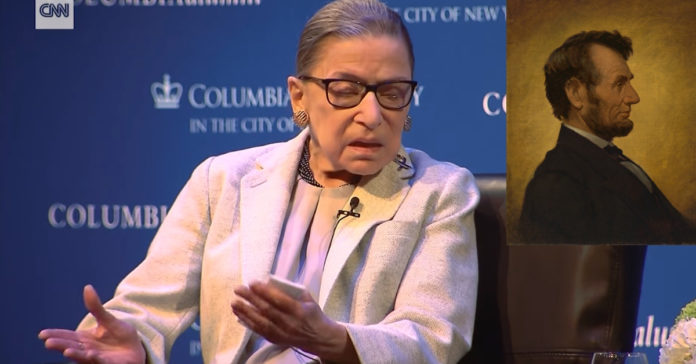 The left is furious with a joke Ralph Norman just made, but what doesn’t make them mad these days?

They should listen to Bill Maher – politically correctness is destroying them and making the world less fun and people hate it. More than they hate Hillary.

“Did y’all hear this latest late-breaking news from the Kavanaugh hearings?” Norman said during his opening remarks of a debate against his Democratic challenger Thursdayin South Carolina,according to The Post and Courier. “Ruth Bader Ginsburg came out that she was groped by Abraham Lincoln.”

The congressman made the joke after telling the crowd that he almost had to miss the debate and travel back to Washington to address the accusation.

The off-color remark appeared to poke fun at Ginsburg’s age — she is 85 — and the recent sexual assault allegations made against Kavanaugh by California professor Christine Blasey Ford. Ford alleges that Kavanaugh drunkenly tried to force himself on her while they were teenagers in Maryland in the 1980s. Kavanaugh has vehemently denied the allegation.

Norman is running for re-election against Democrat Archie Parnell, an attorney, to represent the state’s 5th Congressional District. Parnell did not immediately address the remark on stage, the paper reported. But he rebuked his opponent in a statement to the paper after the debate.