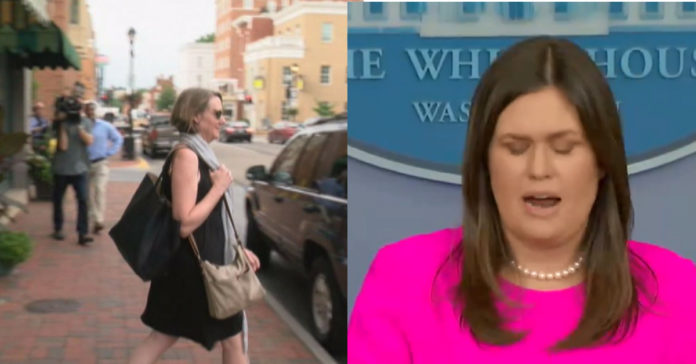 The backlash has been swift and fierce for the liberal owner of the failing Red Hen Virginia restaurant.

Even Bill Clinton came out and bashed the hapless liberal and defended the classy Sarah Sanders.

The owner of the Virginia restaurant responsible for kicking White House press secretary Sarah Sanders and her family out on Friday evening is stepping aside from leadership of a local business group.

Stephanie Wilkinson stepped down as an executive director of Main Street Lexington, an organization tasked with promoting economic viability, Fox News has learned.

“Considering the events of the past weekend, Stephanie felt it best that for the continued success of Main Street Lexington, she should step aside,” Branner wrote in an email.

The Washington Times reported that the volunteer-based organization “exists to enhance the economic prosperity and cultural vitality of our community, re-establishing downtown Lexington as the vibrant economic and cultural nexus of our area while maintaining its unique character,” according to its homepage. The group, established in 2013, is affiliated with the Virginia Main Street Program, which seeks to promote “economic revitalization in the context of historic preservation.”

In other words…beat it liberal until you learn some manners. The level of meanness that is coming from the left is historic and they really need to just relax and give Trump a chance.

They are acting like the establishment did a good job for the last 40 years- what do they have to lose in giving Trump a chance?