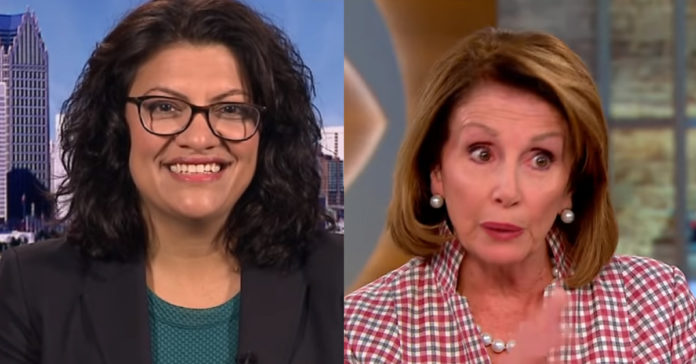 Nancy Pelosi has a big ego and a bigger vindictive streak if you dare cross her.

That and she has money – her own fortune but access to all her billionaire friends who prop up the queen through the slush fund like PAC’s all these politicians have.

Sprinkling all that money around worked too, for 15 years she ruled with an iron fist, but it’s not working anymore.

She is dealing with a huge revolt and based on reports coming from her home state of California, the fall is coming sooner than later.

The Sacramento Bee editorial board is urging House Minority Leader Nancy Pelosi (D-Calif.) to declare that she will not seek to become House speaker should the Democrats take the House in November’s midterm elections.

In an editorial titled “Dear Nancy Pelosi: It’s not about you, it’s about your party and country. Forget being speaker,” the editorial board said the Republican Party is clearly the party of President Trump and the Democratic Party can’t be seen as the party of Pelosi and still win in November.

“To retake control of the House, Democrats need to gain at least 23 seats in November,” the editorial board wrote. “That’s no easy task. And it’s even more difficult now that Pelosi’s future has become a distracting campaign issue for Democrats in key swing districts, where they need moderate and even Republican votes to win.”

The editorial went on to note that 45 Democratic nominees and 10 incumbents have publicly said they will not support Pelosi for speaker.

“With her three decades in Congress, Pelosi can still have a voice advocating for California and the issues she cares about,” the editorial concluded. “But if she truly believes what she says about how important it is for Democrats to retake the House so they can stop Trump, she must accept that it can’t be with her as speaker.”