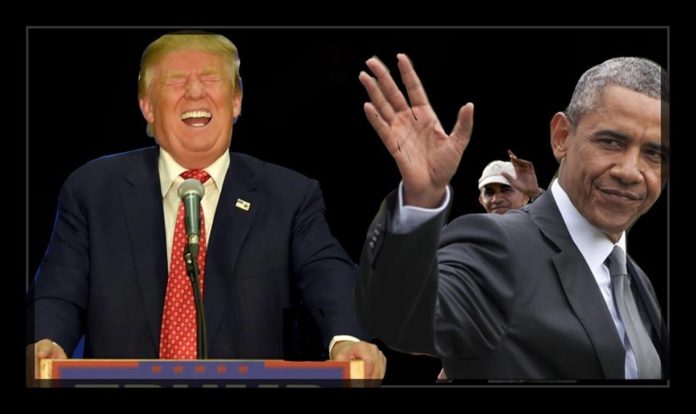 Can you say embarrassing?  Wednesday on FOX News’’s “Fox & Friends,” Fox News Chief National Correspondent announced, “I’m hearing this morning that, quietly behind the scenes, advisers to President Obama are working on sort of a farewell tour in mid-January.” (VIDEO BELOW)

He went on to say, “I’m hearing this morning that, quietly behind the scenes, advisers to President Obama are working on sort of a farewell tour in mid-January. I’m told there’s at least three cities, that President Obama will be giving major speeches in arenas. one of them is Chicago, his sort of adopted hometown. they’re looking at the United Center there, where the Chicago Bulls play.” (VIDEO BELOW)

Clearly Obama knows his legacy will basically be in shambles by the time Donald Trump takes office on January 20,2017. So what does he do?   He copies Donald Trump’s victory  tour and arranges a “farewell tour”.  Hopefully he’ll draw larger crowds than the 200-300 Hillary Clinton was able to draw during her campaign.  (VIDEO BELOW)

The way we see it doing this “farewell tour” is a no-win situation for Obama.  This could play out in three different ways:

Hopefully Obama will change his mind and save himself and the entire country the embarrassment.

Spread some Christmas Cheer with this new song that’s going viral! Share with all your friends and the scrooges too.🙂