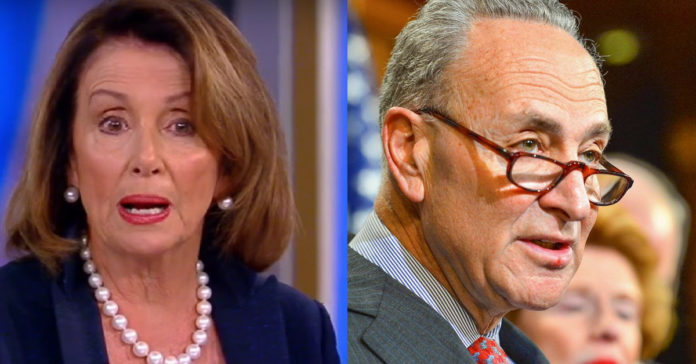 The truth hurts and this truth coming from a longtime Democrat and friend and ally of Chuck Schumer hurts real bad.

A brave liberal csme forward and exposed the left for who they are and the cats out of the bag.

From The Daily Wire

New York State Assemblyman Dov Hikind (D-Brooklyn) slammed Senate Minority Leader Chuck Schumer after he received a mailer from Schumer asking for donations, saying that from now on he will only support Republicans until the Democrats return to “sanity and honesty.”

Hikind made his announcement on Thursday in a Facebook post, noting that Schumer’s mailer was “riddled with attacks on the ‘hard right’ but omitted vital information.”

“Senator Schumer, in your letter you promise to fight for Democratic values and go on at great length to fully villainize the current administration, but you left out certain facts that my fellow Democrats, to say nothing of all Americans, should also be aware of,” Hikind’s statement begins.

Hikind lists the following achievements by the Trump administration that have been good for America:

“You ask for a contribution, but the Democratic Party—which I am a lifelong member of—is currently betraying the ideals that our party once stood for: American values,” Hikind writes. “You yourself proposed that Representative Ellison head the party, but you must surely know that Ellison has stood with our nation’s leading hate monger Louis Farrakhan.”

Hikind continues: “Senator Schumer, as a fellow Democrat, I ask you to work to restore sanity and honesty to our party so I can feel good about supporting it fully. Until then, I’m afraid the Republicans have my support.